Should you bring a bucket or a thimble to the buying window for Disney shares?

That being said, the Oracle of Omaha would also advise you to take advantage of great buying windows for that rare class of wonderful companies. "Opportunities come infrequently," Buffett says. "When it rains gold, put out the bucket, not the thimble."

So is this a good time to grab Disney shares by the bucketful, or is it more of a thimble-sized investment opportunity today?

2021 hasn't been kind to us Disney shareholders. Share prices have fallen 2% year-to-date, missing out on a 19% gain for the S&P 500 market barometer. 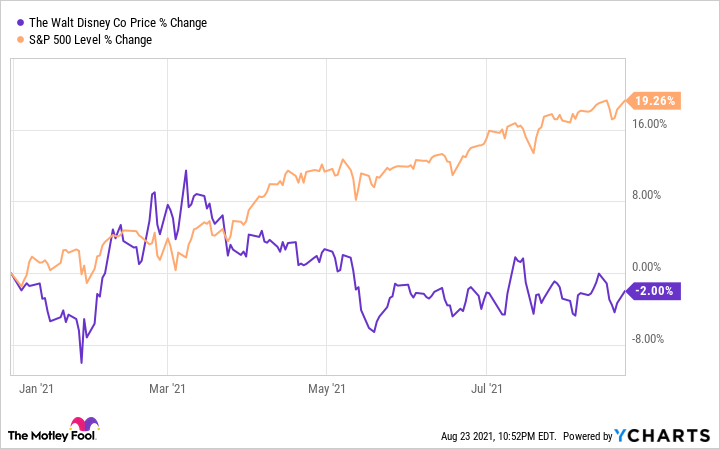 The stock has seen more than its fair share of volatility in recent months. Disney's shares are trading 52% above November's 52-week lows but also 12% below the all-time highs of early March. Prices have generally followed the broader market's daily trends, amplified by the business promise investors see in a post-coronavirus entertainment industry. Curiously, Disney's earnings reports have broken that connection all year long -- and not in a positive way, for the most part.

After the first-quarter report in February, Disney shares fell and started a long downward trajectory after the second-quarter update in May. August's third-quarter filing did spark a 5% jump the next day, but even that bounce was erased a couple of days later. All of this negativity rolled in even though Disney delivered three rock-solid reports. The company crushed Wall Street's earnings targets in all three periods and also exceeded analyst targets for the top line in February and August. Moreover, the Disney+ video-streaming service is growing like gangbusters, and theme parks are already back to positive operating profits.

If you think that sounds like an incorrect market reaction to Disney's strong results, you're not alone.

As I said earlier, Walt Disney is a wonderful company. The business is built on a foundation of storytelling in several well-known worlds of rich characters. From fairy-tale Disney Princesses and diverse Pixar tales to Marvel's superheroes and the Star Wars galaxy far, far away, Disney has a plethora of celebrated story worlds under its belt. And once Disney gets its four-fingered gloves on a fictional property, it has also mastered the art of monetizing this intellectual property.

For example, you can find Buzz Lightyear in theme park rides, themed hotel rooms and cruise ship cabins, video games, books, lunch boxes, and t-shirts. Multiply that effect by an ever-growing portfolio that currently stands at roughly 8,000 characters, and you'll see why I'm so impressed by Disney's money-making abilities. 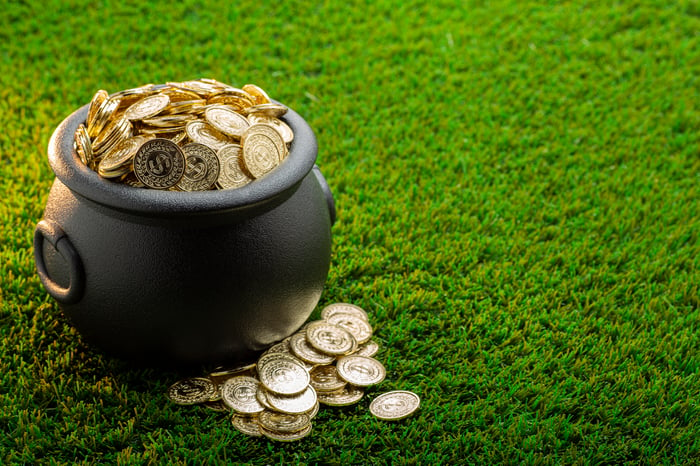 So, is it time to buy Disney today?

Some might say that Disney looks expensive right now. The stock is trading at lofty valuation ratios such as 283 times trailing earnings and 228 times free cash flows. Surely that's too rich, even for a media titan with nearly a hundred years of history and its eyes on an increasingly digital entertainment market.

But those trailing valuation calculations include some of the darkest days of the COVID-19 pandemic, where theme parks and movie theaters were closed and even Disney's TV network suffered low order volumes from nervous ad buyers. All of these terrible trends have started to reverse thanks to the ubiquitous availability of coronavirus vaccines in 2021, as shown in the rising revenues and recovering operating profits. Yet, at the same time, the stock has been hung out to dry, slowly losing value even though the underlying business is improving.

Therefore, I would warmly recommend buying Disney shares despite the sky-high price-to-earnings ratio. Those inflexible metrics are coming back to earth over time as Disney continues its recovery and tackles the media-streaming market like only a massive mouse in red shorts and yellow shoes can.

There's a great, big, beautiful tomorrow for Disney and its shareholders. You can confidently fill your portfolio with Disney shares by the bucket.