Alumina prices are roaring back after months, and that could significantly boost Alcoa's profits.

Shares of aluminum giant Alcoa (AA 2.63%) are racing higher and are up 9.8% so far this week, as of early Friday.  It's a stunning recovery after the stock's steep 16.7% decline just over a week ago. What's with all the volatility?

As a commodity stock, Alcoa shares ebb and flow with commodity prices. Prices of aluminum have fluctuated dramatically in recent days after a heady rally this year, and so has the stock price.

Chances are, Alcoa shares may not have bounced back so fast this week had it not been for a freak fire. 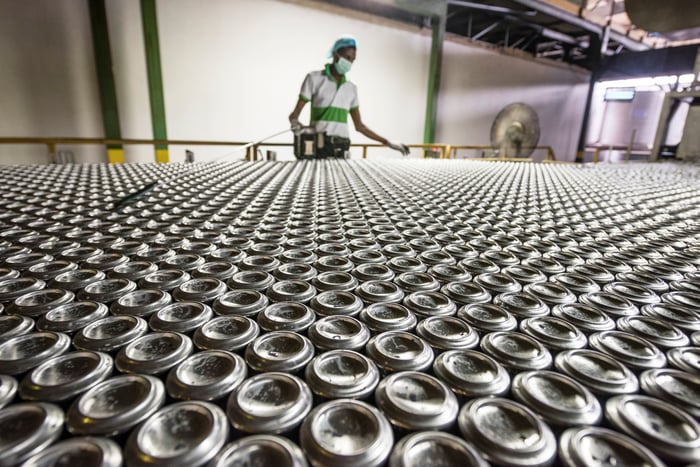 On Aug. 22, a major fire broke out at the Jamalco refinery in Jamaica, forcing it to shut down. The incident sent prices of alumina soaring to highs not seen in six months. Alumina is used to produce aluminum.

You may ask: Why does fire at one refinery influence alumina prices so much, and how does it affect Alcoa?

Yet there's already a crunch in supply of the aluminum feedstock, partly because of the COVID-19 pandemic disruptions, so any further drop in production -- whether it's because of curbs in China or a fire at any refinery in the world -- is enough to spook the metal and mining markets.

Alcoa, in particular, stands to benefit the most from higher prices of alumina -- It is the world's largest alumina producer, after all, with a capacity to produce 17 million metric tons a year. Although Alcoa uses much of its produce in its own aluminum smelters, it sells at least half of it externally.

Alcoa ramped up alumina production to near-record levels last quarter, and I suspect it's continuing to do so to fully exploit the strength in demand and prices. If alumina prices can sustain momentum, Alcoa could deliver yet another record quarter in coming months, which should drive its stock price higher. In any case, I reiterate my views from last week that Alcoa is on solid footing, and it's still too early to call it an end for the commodities supercycle.

Why Alcoa, Southern Copper, and Other Metal Mining Stocks Are Soaring Today

Why Alcoa Stock Soared 10% on Monday

Why Shares in Alcoa Surged This Week

Why Alcoa Stock Popped This Week
376%