One of the company's partners launched its COVID-19 vaccine in Taiwan.

Shares of Dynavax Technologies (DVAX -0.69%) have skyrocketed 45.8% this week as of the market close on Thursday. Most of this big gain came after Dynavax's partner, Medigen, announced the launch of its COVID-19 vaccine MVC-COV1901 in Taiwan. Medigen's vaccine uses Dynavax's CpG 1018 adjuvant.

The rollout of MVC-COV1901 is off to a fast start. Medigen stated that around 600,000 people were expected to receive its vaccine this week. 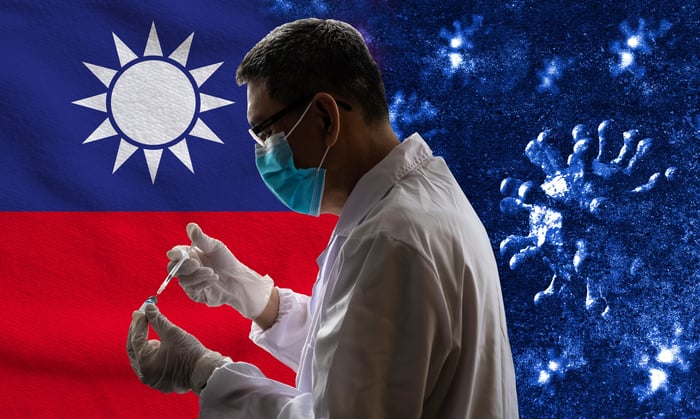 MVC-COV1901 received Emergency Use Authorization (EUA) in Taiwan last month for people 20 or older. The vaccine is administered in two doses, with the second dose given 28 days after the first dose.

Dynavax and Medigen announced a collaboration in July 2020 to develop a COVID vaccine using Dynavax's CpG 1018 adjuvant. (An adjuvant is an ingredient that boosts the immune response in vaccines.) Dynavax recorded $17.5 million in revenue from sales of CpG 1018 to Medigen in the first half of 2021. Its sales should increase significantly with MVC-COV1901 now on the market in Taiwan.

Dynavax is definitely one of the top vaccine stocks to watch over the next few months. In addition to its collaboration with Medigen, its CpG 1018 adjuvant is being used by several other biopharmaceutical companies developing COVID vaccines.

Why Dynavax Crushed the Market on Thursday
358%