These food stocks have made quite the comeback over the last few days.

Let's try to figure out why. 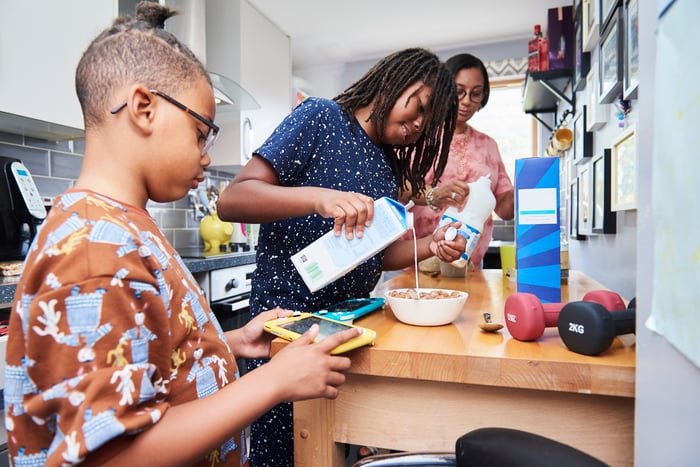 Tattooed Chef did not have any news releases this week, so it is unclear why the stock is up so much. The company released its second-quarter earnings report on Aug. 12, with revenue growing 46% to $50.7 million in the period. Gross profit came in at $8 million, giving the start-up consumer packaged goods company a 15.7% gross margin. With a market cap of around $1.7 billion, investors are betting that Tattooed Chef can continue growing revenue at a rapid pace while also expanding its profit margins. Tattooed Chef also has a high short interest of 14%. This can cause wild short-term price movements if short-sellers are forced to buy back the shares lent to them, which could have been the main reason for the wild price swing this week.

Arko runs a boring but steady business: convenience stores. It owns the seventh largest convenience store chain in the United States, with almost 3,000 locations across the country. As with Tattooed Chef, it is unclear why the stock was up so much this week. Nothing has changed for the business except for a small news release announcing a virtual buying day with its suppliers. And with minimal short interest, the move was likely not because of a short squeeze, either. I don't think shareholders are complaining, but we can probably chalk this one up to macroeconomic-driven movements, factor investing dynamics, or a big investment firm taking a position in Arko. Nothing fundamentally changed about the business this week.

Lastly, we have Oatly, a recent IPO that sells a popular brand of oat milk. Unlike with Arko and Tattooed Chef, there was actually news that drove the stock higher this week. At a conference with Bank of America, Oatly management gave a positive update on its business, saying that demand for oat milk shows no signs of slowing down and that the company's main goal is to ramp up production. This is good news, but with a market cap north of $10 billion and only $152 million in trailing-12-month gross profit, investors need to expect a ton more growth from this business in order to rationalize this valuation. 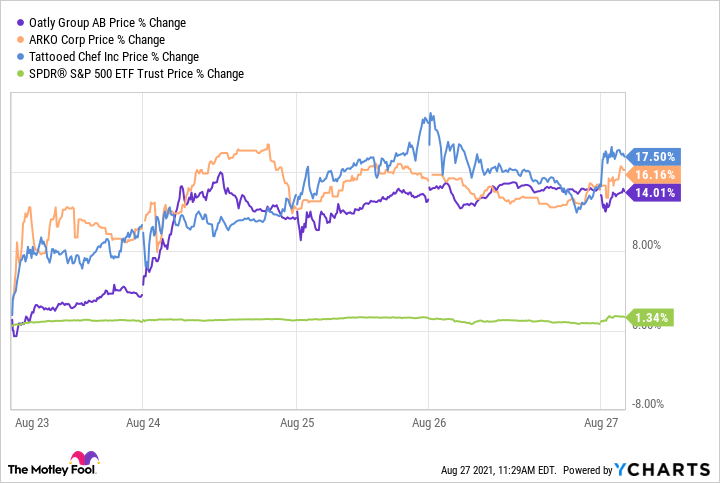 Like I said before, even though these three stocks soared this week, not much has actually changed with the businesses. Investors in Arko Group, which is trading at 8 times EBITDA (earnings before interest, taxes, depreciation, and amortization), are likely betting on stability and the stock's low valuation. Shareholders of Tattooed Chef and Oatly, with their high valuations, need to expect strong revenue growth over the next few years.

Bank of America is an advertising partner of The Ascent, a Motley Fool company. Brett Schafer has no position in any of the stocks mentioned. The Motley Fool owns shares of and recommends Tattooed Chef, Inc. The Motley Fool has a disclosure policy.

Why Oatly Is Falling Yet Again Today

Why Oatly Stock Collapsed 27% This Week

Why Oatly Stock Was Falling Today