In 2020, we saw the birth of "meme stocks": businesses in dire straits that nevertheless garnered significant retail investor interest. Some of these names have produced dramatic returns. Movie theater chain AMC Entertainment (AMC -10.37%) is among them with shares up over 600% in the past year.

However, the fundamentals tell a different story. Here are three warning signs that should have AMC investors rethinking their position.

1. Shareholders have been massively diluted ...

AMC had to shut down its entire business for months during the onset of the pandemic as governments put lockdown policies in place to keep COVID-19 from spreading. This resulted in serious financial distress, and the company had to issue new stock to raise funds to keep the business running.

If you think of a company as a pie, the shares are how many slices the company is cut into. If a company issues new shares, the pie is cut into additional slices, but it does not get larger. Each slice becomes smaller, meaning existing shareholders own a smaller piece of the company, and their stakes are worth less. This is called dilution. 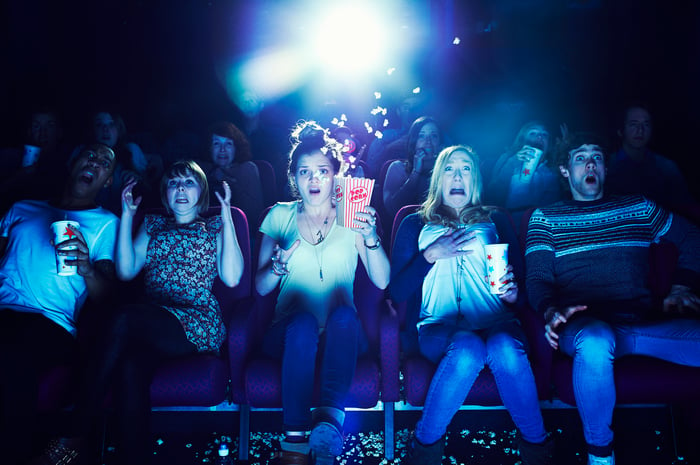 It's important to understand dilution so when you see how AMC stock has traded over the past two years, you realize how the price movement is even more dramatic.

2. ... while insiders are selling shares

AMC is obviously trying to remain a viable business, and management faces a challenging journey to keep the company running. It has $1.8 billion in cash on its balance sheet from issuing stock, so the company actually has a good deal of near-term financial breathing room as it works to rebuild operations.

But company insiders aren't showing much confidence in the theater operator's future through their actions. AMC executives and directors have been aggressively selling stock in the past year, over $20 million worth, in addition to other major shareholders liquidating a net total of about 60 million shares in the same period.

A company can send clear signals to investors when members of the management team buy or sell a stock. As the people closest to the business, they arguably have the best feel for the company's direction. It's not always significant when insiders sell -- some do so to generate income because they don't earn a significant salary -- but the lopsided selling and large volume is concerning in this case.

3. The theater business has a difficult road ahead

AMC has to do more than remain open -- it needs to find a path to profitability. The business had a tough time turning a profit before the pandemic, losing $487 million in 2017 and $149 million in 2019.

The company just recently got back up to speed, and as of the end of June, it is finally operating 100% of its theaters in the U.S. and 95% of its international locations. However, some major studios have been releasing new movies simultaneously to theaters and their own streaming services.

AT&T and Walt Disney have both done this, and it's taking a toll on the theater business. For example, Disney released Jungle Cruise in early August, and the film generated $35 million in its opening weekend at the box office plus another $30 million through Disney+ -- a nearly 50/50 split.

Both AT&T and Disney have publicly stated this is not a permanent practice, but investors should expect it to continue so long as COVID-19 remains prominent in the United States.

Despite the many challenges AMC has had to face over the past 18 months and the tough road that lies ahead, the company has a market cap of about $21 billion, far higher than at any point in its pre-pandemic history. But with a slow box office recovery and profitability a continued question mark, it seems tough to justify that valuation.

The stock market often functions like a popularity contest in the short term but more accurately reflects a company's fundamentals over the long term. These meme-fueled gains seem far from sustainable, and investors should consider the large decline that's likely if investors turn their attention elsewhere.

Why GameStop and AMC Are Rising Today
357%