Please ensure Javascript is enabled for purposes of website accessibility
Log In Help Join The Motley Fool
Free Article Join Over 1 Million Premium Members And Get More In-Depth Stock Guidance and Research
By Justin Pope – Aug 29, 2021 at 7:39AM

Facebook could be the technology giant you need in your portfolio.

Most people have heard of the social network company Facebook (META -0.74%); and with 1.9 billion daily active users, nearly 1 in 4 people worldwide use Facebook daily. But for investors, the business story goes well beyond being a website where people post pictures of their pet cat; here are four reasons Facebook is a compelling investment opportunity today.

Facebook started as a simple social media network in the early 2000s, but founder and CEO Mark Zuckerberg has been active in positioning the company for future growth. Zuckerberg famously predicted the importance of images to social media, buying Instagram for $1 billion in 2012, in what is commonly looked back on as one of the "steals" of corporate history, now that Instagram boasts more than 1 billion users.

Facebook later bought WhatsApp in 2014 in a deal worth $16 billion in cash and stock; the WhatsApp platform now has more than 2 billion users and is the world's most popular mobile messenger. Zuckerberg has also leaned into augmented reality (AR) and virtual reality (VR), buying VR hardware company Oculus in 2014 for $2 billion, and recently announcing a new team to develop Facebook's "Metaverse" business. 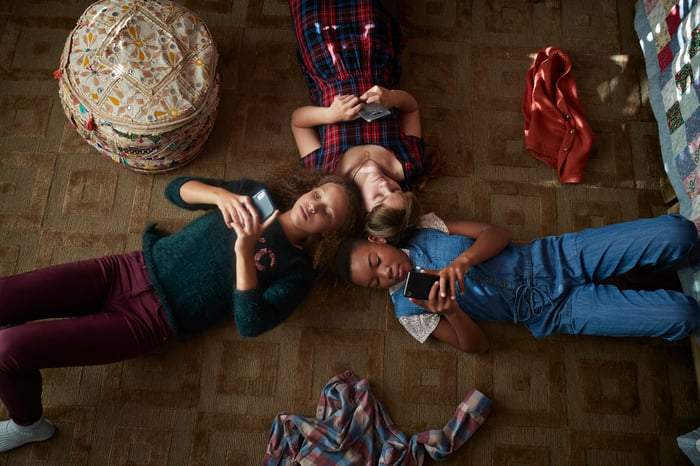 These strategic moves have created value for Facebook over time via both user growth and monetization. Facebook makes the majority of its revenue from advertising, so by growing users and generating increasingly more revenue from them, it's a two-sided way to grow revenue.

Facebook's total number of daily users has grown 20% over the past two years, to 1.9 billion. Facebook is increasing its average revenue per user (ARPU) at the same time, hitting $10.12 per user in 2021's second quarter, a 43% increase year-over-year.

With more users generating more revenue, Facebook's overall revenue growth is impressive. In its Q2 2021, Facebook did $29 billion in revenue, a 56% increase over 2020.

The company is very profitable and is generating a lot of cash as revenue grows larger. Facebook converted $8.5 billion, or 29% of its revenue, into free cash flow (FCF) in Q2; FCF is the cash remaining after spending what it needs to on the business.

Rather than pay a dividend to investors, Facebook is buying back its own stock. When a company buys back its stock, it increases the value of the remaining shares because its profits are split between a smaller number of shares. The result is an increase in earnings per share (EPS), which typically drives the stock price higher over time.

Facebook bought back $7.1 billion of its stock during 2021 Q2, and its total number of shares outstanding has decreased to 2.877 billion from 2.921 billion at the end of 2018. The company has $64 billion on its balance sheet in cash and securities, so investors should look for the buybacks to continue.

Facebook is a huge company, trading at a market cap of $1.05 trillion. The company is expected to earn $14.08 per share for the full year of 2021, which values the stock at a price-to-earnings ratio of 26.

Hitting its estimates would mean a 40% increase in EPS from 2020, and that's an impressive jump for a company of such size. Analysts are also expecting double-digit growth in 2022, so the current valuation seems very reasonable.

One aspect of Facebook that's difficult to account for in its valuation is the company's versatility. With all of that cash on its balance sheet and a forward-thinking management team, it's hard to put a number on the potential value that Mark Zuckerberg can create in the future that isn't obvious today. We can only look at what Facebook currently is. Still, the company's ability to create new business segments through acquisitions or innovating is something that investors should keep in mind, especially given Zuckerberg's enthusiasm for the Metaverse.

Big technology companies rule the world, and Facebook is one of a select few in the trillion-dollar market cap club. But don't be fooled; the business continues to grow, makes a ton of money, and returns value to shareholders through share buybacks and strategic moves that create long-term value in the company. There is a lot to like in Facebook, which makes it a compelling investment idea today.