Please ensure Javascript is enabled for purposes of website accessibility
Log In Help Join The Motley Fool
Free Article Join Over 1 Million Premium Members And Get More In-Depth Stock Guidance and Research
By Howard Smith – Updated Aug 30, 2021 at 8:25AM

Business is already strong for these companies, and an infrastructure bill would be another tailwind.

Everyone is talking about the bipartisan infrastructure bill that passed the Senate and is in the hands of the House of Representatives. Whether or not that spending plan comes to fruition, there are companies already supporting infrastructure improvements across the country.

Investors looking for solid companies that may get a further boost if the federal infrastructure plan passes should look at these leaders in their sectors. Steel production company Nucor (NUE -0.36%), utility and renewable energy leader NextEra Energy (NEE 0.49%), and Cummins (CMI -0.17%), which supplies power solutions to heavy equipment makers, are three already-thriving companies that will also benefit from a new infrastructure package. 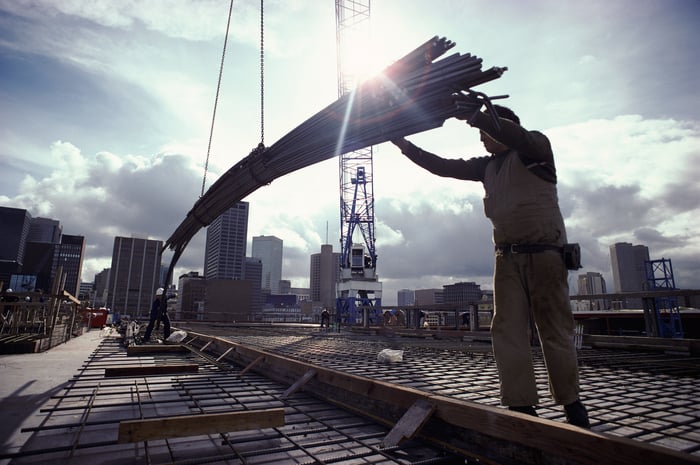 Steelmaker Nucor recently reported its second-quarter 2021 results, letting investors know the company had already surpassed its annual record for net income in just the first half of the year. The business is thriving due to several factors coming together at once. The U.S. economy rebounded from the pandemic faster than many had anticipated, customer inventories had been depleted due to shutdowns and uncertainty related to the pandemic, and maybe most importantly, steel prices have skyrocketed over pre-pandemic levels.

Nucor's products are used in most every industry. The construction sector made up 56% of its business in 2020, but its steel is broadly used for automotive, energy, heavy equipment, and appliance applications. Steel pricing has more than tripled late 2019 levels, and the company's mills were running at 97% of capacity in the second quarter of 2021, up from 95% in the prior quarter.

This level of business activity does not even take into consideration any impacts from a potential federal infrastructure bill. Passage of such a bill would only extend the current high performance level further through the business cycle. And Nucor repeated in its last quarterly earnings call with investors that it continues to plan to return at least 40% of net income to shareholders in the form of dividends and share repurchases. The company last paid an extraordinary dividend when business was booming in 2008. It's possible that even after growth investments and base dividend are funded, investors might find a special dividend is announced again this year.

While Nucor could benefit from virtually every aspect of increased infrastructure spending, NextEra Energy is in a unique position to capitalize on two areas related specifically to the energy sector. NextEra is the largest electric utility in the U.S. as measured by retail electricity sales, and it also owns NextEra Energy Resources, a clean energy business that is the world's largest generator of renewable energy from wind and solar.

A recent U.S. Department of Energy (DOE) report said, "Large-scale decarbonization of the electricity sector could move solar from 3 percent of generation today to over 40 percent by 2035." The infrastructure bill currently being considered has allocations to aid this ongoing transformation. It includes $73 billion for spending on the electric grid and power infrastructure, as well as $15 billion allocated for electric vehicles. Both areas directly affect NextEra Energy.

NextEra has already shown it can be successful and profitable for investors without new infrastructure bill spending. Since 2005, the company has grown earnings per share at a compound annual growth rate (CAGR) of almost 9% and increased dividends per share at an annual rate of almost 10%.

NextEra Energy Resources currently generates only about 15% of its renewable energy from solar power. It does have a backlog with signed contracts for that to grow, but if the DOE prediction is correct, there will be plenty more to come beyond current levels. Energy Resources is also pursuing alternative energy projects using green hydrogen, which could be another growth driver as decarbonization efforts expand.

NextEra has given investors guidance that estimates 6% to 8% annual growth in adjusted earnings per share from its 2021 base level through 2023. It also expects to continue the approximately 10% annual growth in dividends per share through at least 2022. Additional infrastructure spending should only add to the opportunities the company already has in the works. 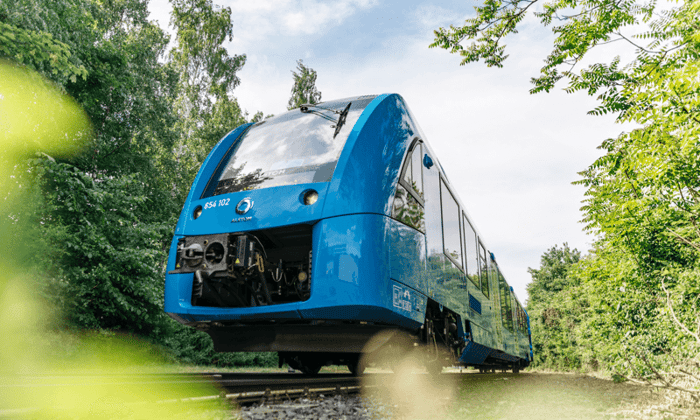 Another company gradually moving into the green hydrogen space is global power giant Cummins. And while hydrogen technology continues to become a larger part of the company's business, its mobility power solutions are a prime area to benefit in the near term from infrastructure spending.

And Cummins continues to innovate for the future. At a virtual event last year, company CEO Tom Linebarger said "Hydrogen technologies, particularly electrolyzers, will be a fast-growing and increasingly important part of our business over the next few years."

With an already strong business that would get an additional boost from infrastructure spending, investors may find Cummins is a good choice for an alternative energy investment in their portfolios.