Editor's Note: Solana's team reached out after publication to clarify that Ignition is a hackathon and there is no burning event.

The Solana (CRYPTO:SOL) cryptocurrency is enjoying an impressive pricing rally. Its price per token has climbed roughly 17% as of 2:30 p.m. EDT today and is up about 52% over the last five days, according to data from S&P Global Market Intelligence.

Solana's recent gains appear to be driven by excitement surrounding decentralized finance, or DeFi, initiatives and the recent announcement of a mysterious event from the cryptocurrency's development team. The team published messages on its social media sites on Aug. 27 hyping an event dubbed "Ignition." Whatever Ignition is, it's set to take place tomorrow. 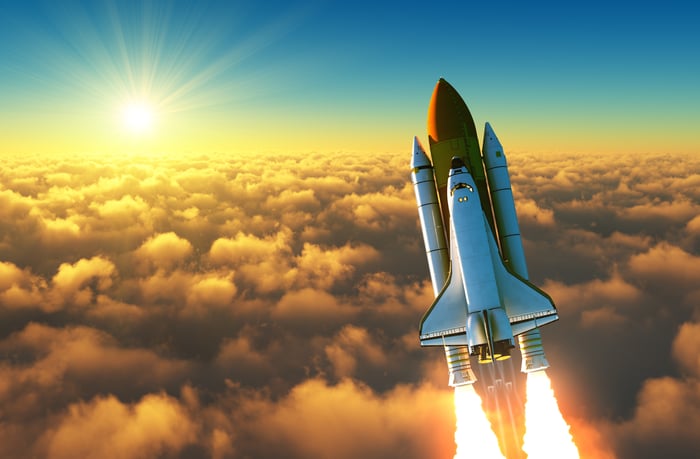 Solona's team published messages last Friday indicating that it had some significant news to unveil on Aug. 31. Not much is known about the Ignition event that the team has planned, but some cryptocurrency analysts and enthusiasts have speculated that it will be a token burning event. Token burning effectively removes available coins from supply, heightening scarcity and potentially driving value higher.

The event has been promoted with the tagline: "The sky's the limit. What will you launch?" With that kind of promotional branding, it's also not unreasonable to think that Ignition has something to do with the introduction of new smart-contract or application-building features on the Solana blockchain.

It's been another a year of high volatility for the cryptocurrency space, but leading tokens have put up huge gains across the stretch. Solana's price per token has soared roughly 6,000% across 2021's trading -- making it one of the market's biggest winners. The cryptocurrency now has a market capitalization of roughly $31.7 billion.

Inflation-related concerns and rising interest in DeFi applications have been big catalysts for the market this year. Depending on what the Ignition event turns out to be, Solana could see huge pricing swings in the near term. A major new feature rollout could be enough to send the cryptocurrency's price per token significantly higher. On the other hand, a relatively underwhelming event could be enough to take some of the pricing momentum out of the token's sails. Investors should proceed with the understanding that Solana remains a high-risk, high-reward play.