The company's shares just received yet another downgrade.

Shares of Pinterest (PINS -2.81%) were falling this morning after the company's stock was downgraded from a buy rating to a hold rating by Argus Research analyst John Staszak.

Staszak is the latest analyst to downgrade Pinterest's stock following the company's second-quarter results (reported on July 29). He said that Pinterest's third-quarter guidance was "disappointing" and said that it's a result of shoppers shifting their attention back to physical stores and away from online shopping. 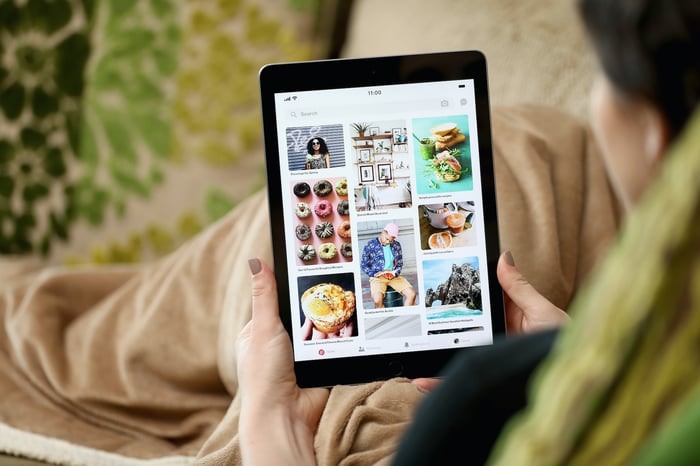 Pinterest's stock has received downgrades from J.P. Morgan and Evercore ISI, and even more analysts have lowered their price targets for the company's stock since its second-quarter earnings were reported last month.

Pinterest's monthly active users fell by 5% in the U.S. in the second quarter, and management guided for revenue growth in the low 40% range for the year. That represented a drop from the 58% growth from the third quarter of 2020.

Investors have been generally very disappointed with Pinterest over the past several weeks and have pushed the company's share price down 21% since it released its second-quarter results.

But long-term investors should keep in mind that some disappointing quarterly results are a normal part of the investing process. And while no one wants to see a company's management issue revenue guidance that's lower than the previous year-over-year gains, selling Pinterest's shares because of one quarter's results probably isn't the best long-term investing strategy.

JPMorgan Chase is an advertising partner of The Ascent, a Motley Fool company. Chris Neiger has no position in any of the stocks mentioned. The Motley Fool owns shares of and recommends Pinterest. The Motley Fool has a disclosure policy.