Is Peloton's growth story still intact, or is the game over?

Share prices of Peloton Interactive (PTON 8.48%) have fallen 10.5% since the fitness specialist delivered its fiscal fourth-quarter earnings. The company beat sales expectations, but investors were more concerned about lower guidance for revenue growth in fiscal 2022. Revenue increased 120% in fiscal 2021, which is consistent with pre-pandemic growth levels. But management is now guiding for just 34% growth in the year ahead.

On top of lower growth expectations, Peloton announced a price cut to its original Bike model, which along with management's plan to raise marketing spending adds to the perception that Peloton is struggling to win new customers. 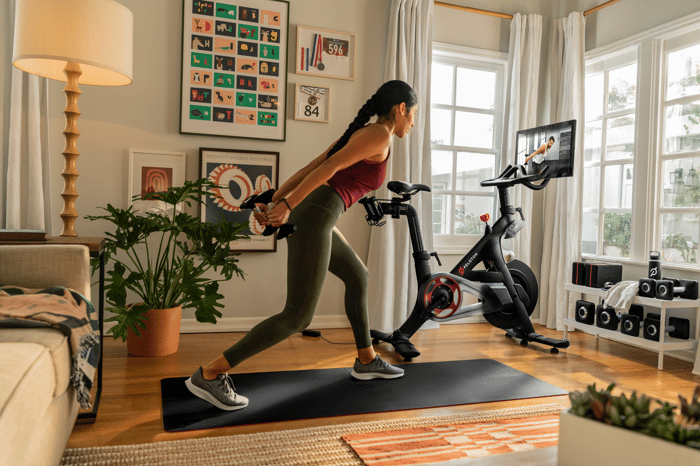 However, it's important to consider the environment Peloton is operating in right now. Starting next quarter, Peloton will be up against very steep growth comparisons with the year-ago period. In fiscal Q1 2021 (which ended in September), revenue increased an astounding 232% year over year.

Meanwhile, the company is expanding its manufacturing capacity and expects to make nearly 2 million fitness units this year, which reflects the healthy demand that management is seeing for its products.

Here's why long-term investors shouldn't be concerned about the market's reaction to Peloton's earnings report.

Some investors believe the recent announcement to drop the price of the Peloton Bike is a sign it's struggling to compete effectively in the marketplace, especially as Nautilus and ICON Health & Fitness (owner of NordicTrack) also continue to push forward with innovative features to win over new subscribers.

Peloton's move is the right one because by lowering the price, it should sell more bikes. Here's the real reason why that's important.

Pursuing the lifetime value of each customer

Peloton doesn't focus on maximizing profit on lower-margin hardware. The company's strategy is to use the slim gross profit on fitness products to offset the acquisition costs for new subscribers, which generate a higher gross margin.

Management's goal is to sell hardware as cheaply as it can because, in the long run, Peloton's profit is going to be generated through growth in subscription revenue. In fiscal 2021, connected fitness products generated a gross margin of 28.9%, which pales in comparison to its subscription gross margin of 62%. This discrepancy in margin explains why management is eager to lower prices on its products whenever it can. It wants to get more people through the door in order to pursue the lucrative tail of profits that come through maintaining loyal subscribers over many years.

Investors got a glimpse last year of how profitable Peloton can be over the long term. During the fiscal fourth quarter of 2020 (which ended in July), Peloton spent just 14% of revenue on marketing, which is well below its pre-pandemic average of over 35%. That lower marketing spending lifted net profit to $89 million on revenue of $607 million. That's a healthy profit margin of 14.7%, which shows how profitable Peloton's underlying business is when it is not spending as aggressively on marketing.

Spending 14% of revenue on sales and marketing is more in line with other consumer brands. Nike, for example, typically spends around 10%. Obviously, Peloton is still a small company with only a few million connected fitness subscribers, so it should keep spending as much as it can on marketing to spread brand awareness.

Peloton is planning to ramp back up its marketing expense this year, which is why the company is guiding for lower profitability in fiscal 2022. Management is calling for adjusted EBITDA, an alternate measure of operating profit, to be a loss of $325 million this fiscal year. The lower prices and recent launch of its new treadmill give Peloton plenty to pitch to prospective customers. Investors should watch how management characterizes the customer response to these ads in future quarters.

Building its lead over the competition

Overall, by lowering prices and increasing marketing expenses, Peloton is putting more pressure on smaller competitors, such as Nautilus, that lack the scale and resources. Peloton generated $4 billion in trailing revenue, which is massive compared to Nautilus' $735 million.

As Peloton continues to expand its manufacturing capacity, it will likely keep lowering prices in the future. This will, in effect, raise the barrier to entry for new entrants that try to get a piece of the lucrative stream of subscription profits over the long term.

Long-term investors should find Peloton's lower valuation more appealing. At the start of the year, the stock sported a price-to-sales ratio of around 20, but it now trades at just 5.6 times forward revenue guidance for fiscal 2022.

Peloton is still a promising long-term growth story to invest in. It ended the quarter with over 2.33 million connected fitness subscriptions, which is still well below the estimated serviceable addressable market of 14 million. The post-earnings sell-off is an opportunity to buy shares at a much better value point.