Please ensure Javascript is enabled for purposes of website accessibility
Log In Help Join The Motley Fool
Free Article Join Over 1 Million Premium Members And Get More In-Depth Stock Guidance and Research
By Jim Halley – Sep 2, 2021 at 6:12AM

Axonics' stock price just hit its 52-week high, but its momentum means it's unlikely to last.

Axonics (AXNX 1.14%) specializes in making medical devices to treat bladder and bowel dysfunction. It's the type of therapy that may be embarrassing to some, but the company's financial performance is nothing to be ashamed of.

On Monday, the stock hit its 52-week high of $74.45. Axonics' shares are up more than 49% this year. The reasons for the surge are simple: remarkable growth and the type of innovation that will support more of the same. 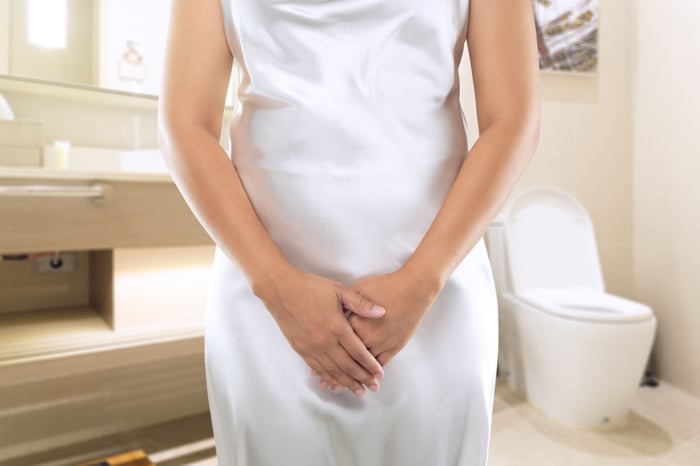 For the company's second quarter, it reported revenue of $45.9 million, up 202% year over year. That breaks down to $40.2 million in revenue from its sacral neuromodulation (SNM) systems, which treat incontinence, and $5.7 million in revenue from Bulkamid, a treatment for women with stress urinary incontinence (the latter's numbers were up sharply from $1.5 million in the first quarter). The company also increased gross margin to 62.6%, compared to 44.4% in the same period in 2020. Investors were likely encouraged by an increase in fiscal-year revenue guidance, from $176 million-$180 million to $186 million-$188 million.

It's not surprising that the company is growing this year; revenue was down for medical product makers in 2020 as elective procedures were postponed or canceled during the pandemic. However, it's the rate of growth that's really eye-catching. Proposed revenue for the year would represent, at the bottom range, a rise of 66.8% over the prior year and 124.7% over the past two years.

Axonics was founded in 2013 and had its initial public offering in fall 2018. In September 2019, the U.S. Food and Drug Administration approved the company's SNM system to treat fecal incontinence. In November 2019, the FDA approved the device to be used for urinary incontinence. In two years, the revenue from the system has gone from $9.9 million to likely approaching $146 million this year.

On top of that, all of the company's revenue from Bulkamid is new this year. Axonics purchased London-based Contura in February for $200 million in cash and stock and a future milestone payment of $35 million. Contura's main product is Bulkamid.

There are several factors that increase the rate of incontinence, but age is certainly one of them. As a result, the market for medical products to treat urinary tract or fecal incontinence is growing along with the median age of the population.

According to an iHealthcare Analyst study, the global market for incontinence care products is expected to grow at a compound annual rate of 7% between now and 2027 to reach $23.6 billion.

The medical products industry is incredibly competitive, and Axonics, with a little more than 300 employees, has to keep an eye on industry leader Medtronic, which has more than 90,000 employees and had revenue of nearly $8 billion in the first quarter.

The two companies have been competing to see which can produce the smaller, longer-lasting SNM device. It's a lucrative area with great potential. Medtronic, which pioneered SNM systems 25 years ago, cites statistics showing that more than 37 million adults in the U.S. suffer from an overactive bladder, more than 20 million have bowel incontinence, and most of those affected by incontinence do not seek medical help.

Both businesses have also recently launched competing new incontinence treatment devices. In April, Medtronics got FDA approval to start investigational device exemption trials for an implantable tibial neuromodulation device to provide relief from bladder incontinence. Then, in June, Axonics filed a premarket approval with the FDA for a new, longer-lasting SNM that does not require recharging and has a battery that lasts at least 10 years. 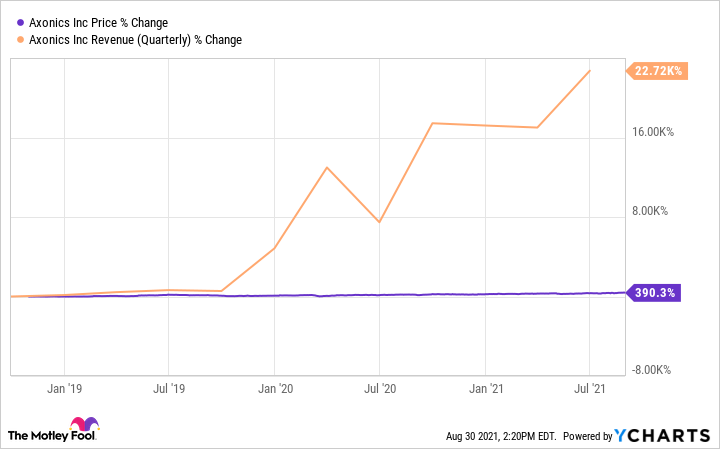 Why Axonics remains a buy

It's not a bad thing to have competition. Axonics, despite its smaller size, may have an edge in this healthcare stocks battle with Medtronics because of its focus. While Medtronics sells all sorts of medical devices, from cardiac monitors to catheters, Axonics' sole focus is incontinence. And thanks to that, it has developed a smaller, more durable, and patient-friendly SNM device.

Medtronics' own innovations have forced Axonics to continually try to improve its own SNM devices to maintain or improve market share. As we've already seen, it is a largely untapped market, so there's plenty of growth potential for Axonics. The company has also aggressively paid down its long-term debt, prepaying a $75 million term loan with Silicon Valley Bank in June, which places it in a much stronger position to fund its own research or to add to its revenue through acquisitions (as in the case of the Contura purchase).

Do I think Axonics can go higher? Certainly. The stock has risen more than 388% over the past three years, but its revenue has climbed 2,272% in that same timeframe. Investors who get on board now may see similar increases.

Why Axonics Modulation Technologies Stock Soared 63% in May
356%