Editor's note: This article has been corrected. CrowdStrike has not done a secondary offering, and incorrect share counts were used in a previous version of this article.

CrowdStrike's (CRWD -1.04%) stock price pulled back slightly from its all-time high following the release of the company's second-quarter earnings report on Aug. 31.

The cybersecurity company's revenue rose 70% year over year to $337.7 million, beating analysts' estimates by $14.2 million. Its subscription revenue rose 71% and accounted for 94% of its top line.

Those numbers indicate CrowdStrike remains one of the market's fastest-growing cybersecurity stocks, but its stock price has already more than doubled over the past 12 months and the stock trades at over 40 times this year's sales. Should investors buy CrowdStrike at these seemingly frothy levels? 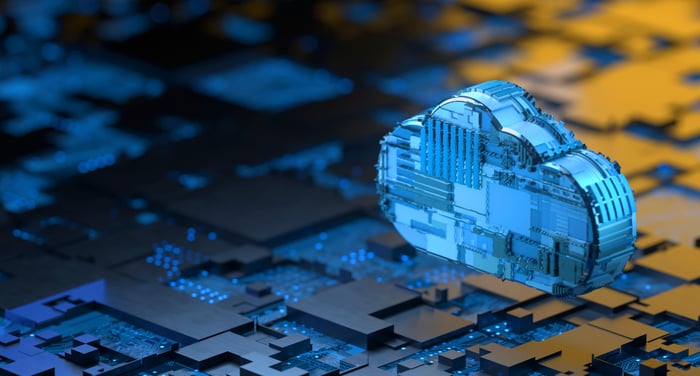 Investors are willing to pay a premium for CrowdStrike for two reasons.

First, it enjoys an early-mover advantage in the relatively new market for cloud-native cybersecurity solutions. Unlike older cybersecurity companies, which install on-site appliances, CrowdStrike provides all of its cybersecurity tools as cloud-based modules, which are easier to install, update, and scale as a company expands.

Its cloud-native approach also makes it easier to lock in customers with one module to cross-sell additional modules, and that "land and expand" strategy feeds the growth of its sticky subscriptions.

As a result, its annual recurring revenue (ARR) rose from $600 million in fiscal 2020 to $1.34 billion in its latest quarter. Its dollar-based net retention rate has also consistently remained above 120% since its IPO.

What are CrowdStrike's main weaknesses?

CrowdStrike's top-line growth is impressive, but it remains unprofitable on a GAAP basis. Its net loss widened in fiscal 2020, narrowed in 2021 -- and nearly tripled year over year to $142.4 million in the first half of 2022.

That widening loss can be attributed to its recent acquisition of Humio, a cloud-based data logging company, its high stock-based compensation expenses (which consumed 20% of its revenue in the first half of the year), and rising R&D and marketing expenses.

CrowdStrike's dependence on stock bonuses has boosted its outstanding share count since its IPO, and ongoing dilution could prevent its valuations from cooling off.

On the bright side, CrowdStrike's non-GAAP earnings, which exclude its stock-based compensation and other one-time expenses, are still improving. It achieved non-GAAP profitability in fiscal 2021, and it expects its non-GAAP net income to increase 64%-86% this year.

Is CrowdStrike's stock worth buying?

On its first day of trading, CrowdStrike's stock rallied more than 70% from its IPO price and closed at $58 per share. At the time, its market cap of $11.4 billion already looked frothy at 46 times its fiscal 2019 sales. It was also trading at 24 times its fiscal 2020 sales.

Today, CrowdStrike's stock looks slightly pricier relative to its forward sales, but its stock price has also risen 365% from its closing price on the first day. Therefore, investors who worried too much about its initial valuations missed out on some massive gains over the past two years.

Therefore, I believe CrowdStrike's stock is still worth buying. The company is firing on all cylinders, it's raised its full-year guidance twice this year, and it's beaten analysts' expectations every quarter since its IPO. The stock might be expensive and volatile, but those strengths arguably justify its premium valuation.