Massive capital inflows are coming to the decentralized exchange behind this totally not-a-breakfast token.

Had you invested just $1,000 into PancakeSwap (CAKE -0.30%) tokens last October, you would be sitting on more than $20,000 in profits today. It hasn't even been a year since its launch, but the namesake decentralized exchange behind the token is now seeing $1 billion per day in cryptocurrency trading volume. It has more than $12 billion in total assets on its platform.

So how did PancakeSwap go from zero to hero in such a short amount of time? As it turns out, it solves a pretty major problem in the cryptocurrency community -- access to altcoins for Americans. 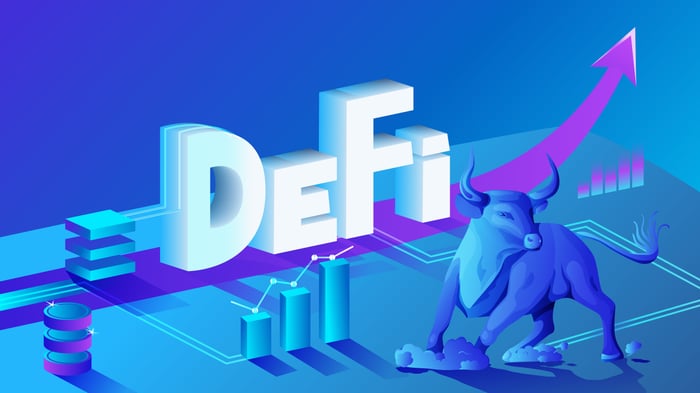 A unique solution for a unique country

American and Chinese investors have a lot in common when it comes to cryptocurrencies. For years, Chinese entrepreneurs and millionaires have been using Bitcoin to transfer their hard-earned wealth abroad while bypassing the central government's stringent capital control regulations. Similarly, Uncle Sam has a unique set of financial regulations that cause cryptocurrency exchanges like Binance, the largest of its kind in the world, to have a separate platform for Americans and one for everyone else. There are only about 50 coins available for trading on Binance.us, but Binance.com offers more than 500 coins. According to Investopedia, Binance recently halted trading on its U.S. platform, citing regulatory concerns.

As a result, the only way American investors can legally access the vast depth of the altcoin market is through decentralized exchanges like PancakeSwap, hence its sudden rise in popularity. There are 1,639 coins listed on PancakeSwap and 9,654 pairs available for trading, far more than what Binance.com offers.

The platform does not offer any fiat-to-crypto services whatsoever to comply with regulations. Instead, investors need to first purchase major cryptocurrencies like Bitcoin and Ethereum somewhere and then connect their wallet to the PancakeSwap network to swap for altcoins. But here's the genius part: All one has to do is to swap their altcoins for a stablecoin like Tether that's pegged to the U.S. dollar to lock in profits after a bull run.

So why invest in PancakeSwap?

Pledging PancakeSwap tokens for either yield farming or validating transactions removes tokens from its available float, causing artificial scarcity that elevates its price levels. What's more, a small amount of PancakeSwap units are burned through every transaction, and its developers also buy back tokens in the open market for cancellation (similar to stock buybacks). The exchange burned 5.3 million PancakeSwap units in one week in July alone, and its total supply now amounts to 217.3 million. The more the supply goes down, the more scarce the commodity, leading to a subsequent surge in price.

Overall, expect further capital inflows into this promising token due to record-level interest in the decentralized finance (DeFi) space. With the exchange providing universal access to altcoins, the token being useful for pledging, and a "cryptocurrency buyback protocol," the future is bright for PancakeSwap.

Why Cathie Wood Thinks Crypto Will Beat the Banks

Why PancakeSwap Surged Ahead on Thursday