Although growth for the videoconferencing company might be slowing, Zoom continues to innovate its platform to reach a broader audience.

Shares of Zoom Video Communications (ZM -1.90%) plunged by 23.4% in August, according to data provided by S&P Global Market Intelligence.

This sharp decline brings the videoconferencing company's stock down around 20% year to date. 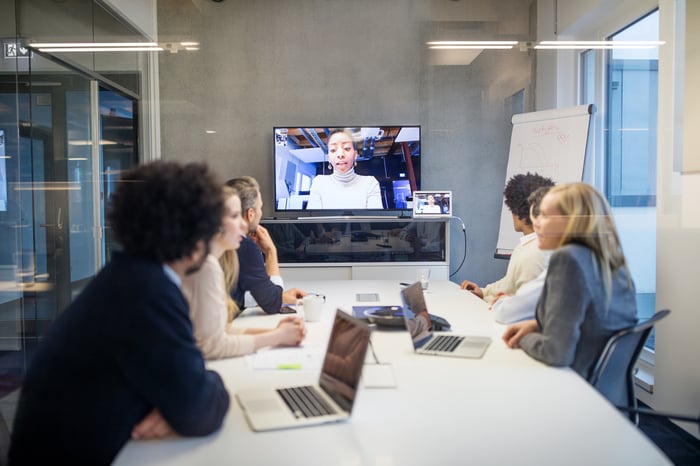 Zoom released its fiscal 2022 second-quarter earnings on the last day of August, and they showed a great set of numbers. Total revenue grew 54% year over year to exceed $1 billion, a milestone for the company. Operating profit for the quarter jumped by 56.6% year over year to $294.6 million while net income surged by 70.6% to $316.9 million. Free cash flow rose 22% from the prior-year period to $455 million, and the company reported a still-strong net dollar expansion rate of more than 130%.

Despite the seemingly good results, investors chose to focus on Zoom's third-quarter revenue guidance instead. The top end of the company's range was $1.02 billion, which implies a 31.2% rise in revenue over the year-ago quarter. While this may seem high for other companies, this rate translates to one of the slowest for Zoom. Investors, therefore, are justifiably concerned as to whether the company can keep up its breakneck growth since the onset of the pandemic.

It's important to take these numbers in context. For one, Zoom has a tough act to follow after posting phenomenal growth as people and businesses lapped up videoconferencing in the early days of the pandemic. This digital shift accelerated in the second half of 2020, setting up a high base for comparison for the company. Furthermore, as the pandemic eases in tandem with higher vaccination rates, more companies are adopting hybrid work arrangements and relying less on videoconferencing where possible.

Zoom isn't sitting still, though. Its recent launch of Zoom Apps and Zoom Events seeks to embed third-party apps within its meetings, thus enabling a more immersive and interactive experience for its users. The recent acquisition of Five9 should also help to open up more business opportunities for the company as it taps into the $24 billion cloud-based contact center industry.