Shares of DiDi Global (DIDI -8.81%) fell 20.3% in August, according to data from S&P Global Market Intelligence. There wasn't any specific news that came out of DiDi last month, but the stock continued to be pummeled by new regulations, or speculation over new regulations. The Chinese Communist Party began a crackdown on the company's tech sector last year, but that campaign kicked into a much higher gear beginning in July, reaching a crescendo in August.

DiDi's stock had fallen even more in July, when the Communist Party suspended DiDi from adding new users over an alleged violation of user data and privacy rights. While DiDi set about working on its data policies, the Ministry of Transportation then announced in August it was working on regulating the treatment of drivers and truckers in China's ascendant sharing economy. In addition to new company-specific regulations, the Chinese Communist Party aggressively rolled out other measures aimed to rein in more tech giants during August, souring market sentiment on the country's tech sector in general. 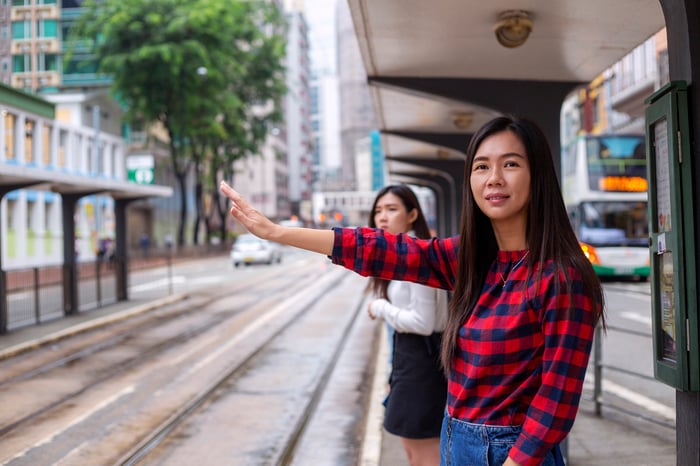 Despite a recent bounce to begin September, DiDi's shares still sit about 36% below the price of its late June initial public offering.

In response to concerns over driver safety and exploitation, on the last day of August, DiDi announced it would be forming an internal worker's union. DiDi was soon joined by e-commerce and logistics company JD.com. Likely, other Chinese delivery companies will follow suit. DiDi's stock bounced a bit on the news.

On the one hand, the announcement of a labor union is a positive, in that DiDi is taking steps to appease regulators and put it on firmer long-term footing; however, details are scarce, and investors have yet to really see how new workers' rights and pay schedules will affect DiDi's cost structure. DiDi is already losing money on its bottom line, despite having near-90% market share of China's ride-hailing market. So despite its big drop, DiDi is more speculative than, say, other Chinese software-based conglomerates.