Please ensure Javascript is enabled for purposes of website accessibility
Log In Help Join The Motley Fool
Free Article Join Over 1 Million Premium Members And Get More In-Depth Stock Guidance and Research
By Justin Pope – Sep 6, 2021 at 7:37AM

AT&T is going back to its telecom roots, and that might be good news for investors.

Telecom company AT&T (T 1.01%) recently ended its journey into digital content, which began in 2015 when it bought DIRECTV for $49 billion, and later bought Time Warner for another $85 billion in 2018. Investors never liked the progress AT&T made with video; the stock is down more than 30% over the past five years.

AT&T is now spinning off its Warner Media business, combining with Discovery to form a stand-alone company. This makes AT&T a dedicated telecom business again, but here are three reasons investors should be excited about that.

1. Turning one stock into two

Just because AT&T is getting out of streaming and content doesn't mean that its shareholders need to. As a part of the merger between Warner Media and Discovery, AT&T's shareholders will receive 71% of the resulting equity. In other words, if you own AT&T stock, you will be receiving shares of the new company. 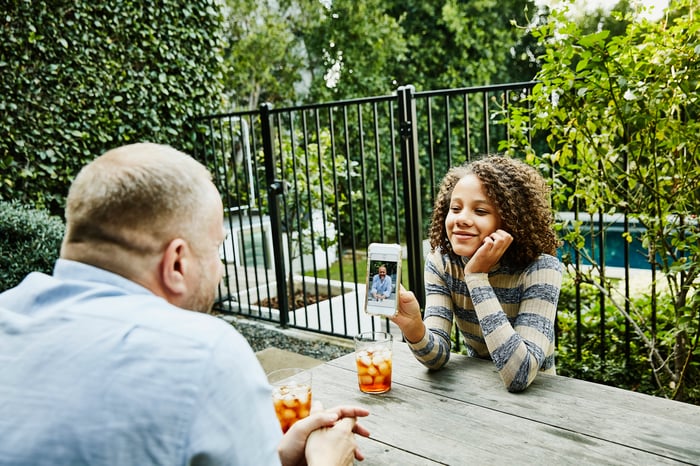 The new company will have all of AT&T's media assets, including HBO and HBO Max, Warner Bros., DC Universe, TBS, TNT, CNN, Cartoon Network, and many more brands and channels, which will be combined with Discovery's own channel lineup, including Discovery, HGTV, Food Network, TLC, and more.

The new company, called Warner Bros. Discovery, will clearly have a massive collection of intellectual property, as well as a streaming service to distribute it. Warner Media will bring HBO Max, and Discovery also owns a service it calls Discovery Plus.

The new company will obviously need to prove itself, but AT&T investors are now receiving an ownership stake in this new business in addition to their existing ownership of AT&T's telecom business.

AT&T's huge debt load has been one of the primary reasons the stock price has languished over the years. The company borrowed heavily to fund the acquisitions of DIRECTV and Time Warner and never made meaningful progress in paying down the balance sheet since the Time Warner deal three years ago.

The company currently has roughly $180 billion of total debt on its balance sheet and is leveraged to a debt-to-EBITDA ratio of four, meaning AT&T has four times as much debt as it does earnings before interest, taxes, depreciation, and amortization (earnings before a bunch of accounting adjustments).

AT&T's debt/EBITDA ratio was roughly two before buying DIRECTV, so the company has taken on a lot of debt over the past five years. As part of the Discovery deal, AT&T is offloading $43 billion in debt, which will bring the company's debt/EBITDA to about 2.6 when the deal closes in mid-2022, and management plans to further pay down debt from there.

Management did slip in a dividend cut, guiding a dividend payout ratio equal to 40% of AT&T's anticipated $20 billion in cash flow following the spinoff. This would mean about $8 billion is allocated to the dividend when the company spent $15 billion on dividends in 2020. The rough math points to a 50% cut, which will probably irritate dividend investors.

However, it's important to remember that investors are currently enjoying a 7.6% dividend yield, so the reduced dividend will still pay more than many other dividend stocks. The company could use the extra cash to buy back shares, which would help its earnings per share and help push the stock price higher.

AT&T is expected to earn $3.36 per share in 2021, so the stock trades at a price-to-earnings ratio of 8.1, significantly less than the S&P 500's forward P/E ratio of 22. When the spinoff happens, AT&T will see its earnings fall; the Warner Media business brought in roughly one-fifth of AT&T's profits in 2020.

However, remember that investors will receive this in the form of shares in the new Warner Bros. Discovery company. AT&T would still be trading at a steep discount to the market without the contributions of Warner Media, so the stock appears very attractively priced before considering the bonus of shares from the spinoff.

A bargain in the making

In AT&T, investors will be left with a more focused telecom business that is carrying less debt, and would have the financial flexibility for stock buybacks or to further pay down its debt. It's very possible that investors could award the stock with a higher valuation as the company's balance sheet improves, making AT&T seem like a bargain at today's price.