The freelancer platform reported a set of weak earnings but is devising more tools to provide more assistance to its database of freelancers.

Shares of Fiverr International (FVRR -2.11%) fell by 27.9% in August, according to data provided by S&P Global Market Intelligence.

With the sharp decline, Fiverr shares are once again trading close to 10% below the level they were at the start of this year. 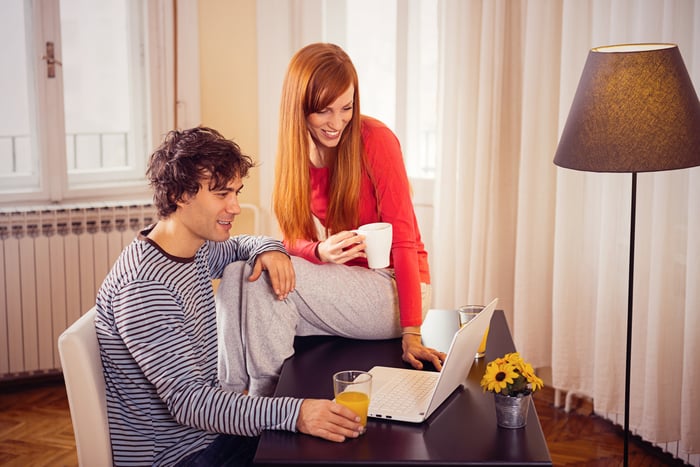 Fiverr recently reported its fiscal 2021 second-quarter earnings, and announced that revenue had jumped by 60% year over year to $75.3 million. But investors were probably disappointed to see that its operating loss had ballooned to $8.3 million from just $598,000 a year ago due to significantly higher expenses for research and development, along with selling and marketing. Its net loss stood at $13.3 million.

It also didn't help that the company had lowered its revenue guidance for this fiscal year. Instead of projecting year-over-year growth of between 59% to 63%, the company reduced its estimate to the 48% to 52% range. Although this is still a decent rate of growth for any company, investors were caught by surprise as management reported that online activity had dipped since the second half of May as more people were taking vacations.

Investors should not be put off by the numbers for just one quarter, though. Fiverr is still reporting healthy revenue growth, and its active base of buyers (those who hire freelancers) has also grown steadily over time, hitting 4 million for the quarter for a 43% year-over-year jump. Not only have buyers increased, but spend per buyer has also risen 23% year over year from $184 to $226.

The company also recently announced a new subscription-based loyalty program for its global seller (i.e., freelancer) community. For a monthly fee of $29, freelancers who pay for the program can access benefits such as faster payment clearance and customer engagement tools, among others. The program, known as Seller Plus, aims to increase freelancers' stickiness with Fiverr's platform and make them long-term stakeholders of the company.