The Trade Desk (TTD 0.67%) has been a goldmine for long-term investors. Shares of the digital advertising technology (ad-tech) company are up more than 4,000% from its (split-adjusted) IPO price of $1.80in 2016. 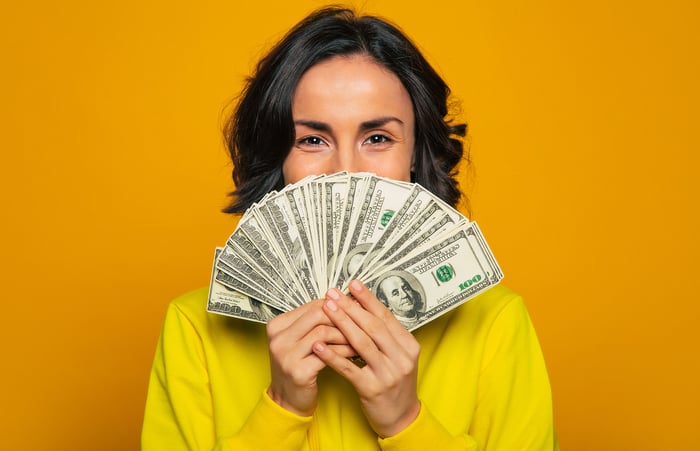 A tall order for an advertising company

The company helps brands better target and buy ad space on digital websites and connected video outlets, including from the Walt Disney Company and Fox Corporation. For comparison, these two media companies are currently valued at less than $400 billion, a testament to how difficult it is to reach that lofty market capitalization.

Still, the shift from radio, television, and print marketing to digital has been lucrative for early digital advertising companies. The Trade Desk's competitors in the digital advertising space are FAANG stocks Facebook and Alphabet, which -- at $2 trillion and $1 trillion, respectively -- are both significantly larger than what The Trade Desk would need to be a millionaire-making stock.

The quick math to a million-dollar valuation

Investors can use valuation metrics from Facebook and Alphabet to determine what top and bottom lines The Trade Desk would have to have in today's environment to become a millionaire-maker stock.

Using the most conservative estimate from the two companies (in bold), The Trade Desk would have to grow its top line to $44.4 billion and its bottom line to $14.3 billion to be valued at $400 billion.

Over the last 12 months, the company reported $1 billion in revenue and $260 million in net income, meaning the company would have to grow its top and bottom lines 21% and 22%, respectively, every year over the next 20 to be valued at $400 billion.

In the long run this will be difficult, but to date the company continues to exceed those figures, with full-year revenue and earnings per share growing 26% and 118% in 2020.

Valuations are important and help to provide a mental framework, but caution is warranted. Not only is it impossible for investors to successfully model 20 years of returns, it's also impossible to know investor sentiment (read -- valuations) two decades from now. Even small deviations on operations or sentiment will result in significant changes for The Trade Desk stock.

Additionally, it isn't a true pure-play comparison. While all three companies are digital advertisers, Alphabet and Facebook operate as walled gardens and own their ad inventory and websites while The Trade Desk serves as essentially a platform company that connects ad buyers to websites selling ad space.

Plenty of market-beating potential ahead

Admittedly, the path for The Trade Desk to be a "millionaire-making stock" as defined by my colleague seems difficult. However, for long-term investors, the essential question is: Will The Trade Desk continue beating the broader market? I believe it will.

Not only will the Trade Desk continue to benefit from the significant tailwinds of the shift away from "old" advertising to the digital realm, but also due to the fact that it offers an independent option for advertisers that are increasingly critical of the secretive walled gardens of Facebook and Google.

The Trade Desk is in a rare spot to disrupt the digital disruptors, and long-term investors should be rewarded.