There are some questions for investors to ask about Google's position as Apple's default search engine.

Every year, Alphabet (GOOG -2.56%) (GOOGL -2.51%) pays for the placement of Google as the default search engine in web browsers. It files those payments under "traffic acquisition costs," or TAC, on its income statement. Last year, Alphabet paid nearly $33 billion in TAC, and one company benefited greatly from those payments: Apple (AAPL -2.54%).

Apple collected around $10 billion in TAC payments last year, according to estimates from Bernstein analyst Toni Sacconaghi. He expects that number to climb to $15 billion this year, and it could reach $20 billion next year. He estimates Google's payments will account for about 9% of Apple's gross profits in fiscal 2021.

Here are some questions investors should be asking. 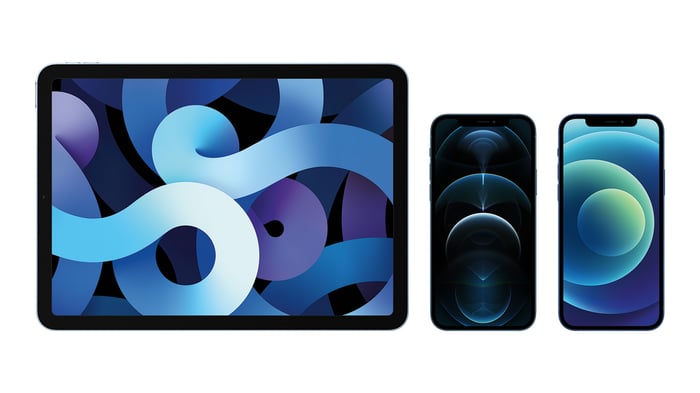 The reason Alphabet continues to pay more money year after year is because the amount of search traffic and ad clicks on smartphones continues to grow rapidly. Sixty-eight percent of all search ad clicks took place on smartphones in the second quarter, according to data from Merkle. That number was less than 60% two years ago, and less than 40% in 2016. Google, thanks to being the default search engine on Apple's Safari mobile browser, gets an even higher share of its ad clicks from smartphones -- 71%.

Considering Apple's dominant position in the smartphone industry -- it has around 25% of the global installed base and more than half of the valuable U.S. market -- Google needs to ensure it stays the default search engine on iOS.

But it wouldn't make sense for Google to pay more in TAC than it generates from search ads. That number was an estimated $25 billion for 2020 in the middle of last year, and will likely be revised higher after Google's outperformance in the second half. Based on Google's growth rate in 2021 and the continued shift to digital advertising and mobile, it could be closer to $40 billion to $50 billion this year. And as more ad spending shifts to mobile, that figure will continue to outpace Google's overall search ad revenue growth.

That puts quite an upper bound on Google's willingness to pay. But at some point, Google will look to put a cap on its TAC with Apple, and growth will slow.

Will regulators have a problem with Google's strategy?

Another reason Google continues to pay Apple year after year is to protect its position as the default search engine. Rival Microsoft (MSFT -2.03%) also has deep pockets, and it could still spend quite a bit and make a deal with Apple profitable. There are also several smaller search engines vying for a spot as Apple's default search engine.

Regulators may see Google's tactics as anticompetitive. By paying its way into people's pockets, Google is preventing smaller competitors from even having a chance at winning.

With the increased scrutiny regulators are giving big tech companies these days, the chances of a crackdown are going up. And as the payments get bigger, they go up even more. Sacconaghi said he believes any regulatory changes are still years away, but they could have a 4% to 5% negative impact on Apple's gross profits if there's an adverse ruling.

For Google, it's unclear how much damage it would cause if it could no longer guarantee its status as the default search engine. Many users would likely change their defaults to keep Google, but many more won't if Microsoft's relative success on desktop devices is any indication. Bing has a 12% market share, in line with Microsoft's Edge browser market share.

Should Apple make its own search engine?

Apple currently collects billions from Google just for changing a few lines of code in its Safari browser. But if Apple developed or acquired its own search engine and made that the default, it could potentially collect even more revenue.

It's unlikely Apple would be able to capture all of Google's revenue opportunity on iOS. First of all, there will be users that switch to Google's products regardless. (Think how many people download Google Maps and Gmail for their iPhone instead of using Apple's default apps.)

Second, Apple probably doesn't have the same monetization capabilities as Google. Google's built an ecosystem of ad tools for both supply and demand. It has millions of active advertisers already using those tools. And it has a ton of user data it can use to make sure the right ad shows up in front of the right person at the right time. Google's dominance across mobile and desktop ensures it can retarget ads when users switch devices, too. In short, a Google ad, even a search ad, is more valuable than an ad on most other platforms.

As long as Google keeps paying Apple more and more every year, the latter should probably be fine collecting its high-margin checks. But Apple should be ready to deploy its own solution if regulators crackdown on tech companies or Google reassesses its strategy.