The company's stock spiked after being added to the Nasdaq-100.

Shares of CrowdStrike Holdings (CRWD -0.06%) jumped 10.8%  last month, according to data provided by S&P Global Market Intelligence, after it was announced that the cybersecurity company would be added to the Nasdaq-100 index.

This was taken by investors as a sign that CrowdStrike's growth is paying off, and is an indication that it's a top technology company.

A spot opened up in the exclusive Nasdaq-100 when semiconductor company Analog Devices acquired Maxim Integrated Products. The addition of CrowdStrike to the index was announced on Aug. 23;  its share price jumped about 8% on the news. 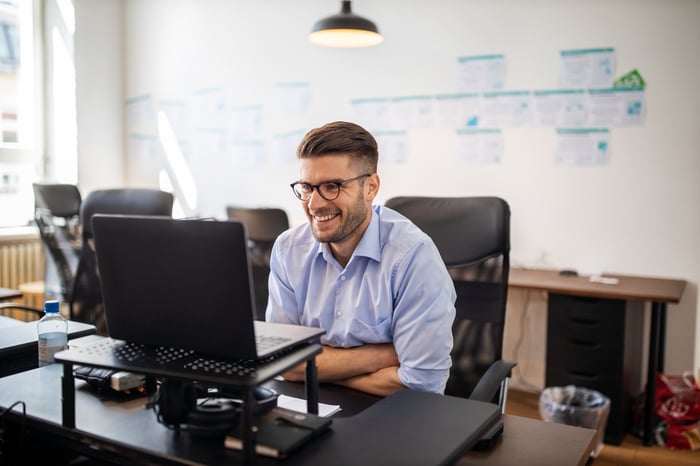 Many large institutional investors have funds that track the Nasdaq-100, and those funds had to add CrowdStrike shares to their holdings, which helped drive up the stock price.

CrowdStrike gave back some of last month's gains after it reported its second-quarter results on Aug. 31. Though it beat analysts' consensus estimates for the quarter and raised its outlook for the full year, investors have pushed down its stock price by 4% this month. But that short-term dip shouldn't worry investors. The company is growing fast, putting up impressive quarterly figures, and its stock has spiked by 114% over the past 12 months.

Does This Beaten-Down Growth Stock's Recent Stumble Mean It's Time to Sell?

The Big Problem With CrowdStrike Stock
376%