Investors are rejoining after the protocol's latest developments.

Editor's note: The name of the NFT platform launching the tokens from Doja Cat has been corrected in this article.

Smart contract token Tezos (XTZ -0.18%) is up 22.46% in the past 24 hours to $5.33 apiece as of 12:58 p.m. EDT Thursday. Tokens have nearly doubled in the past year as the network has sought to replicate the success of Ethereum (ETH 0.76%). It is unique in that Tezos coin holders have the right to vote on protocol updates put forth by its husband and wife co-founders, Kathleen and Arthur Breitman. Recently, the network has been gaining significant traction among developers. 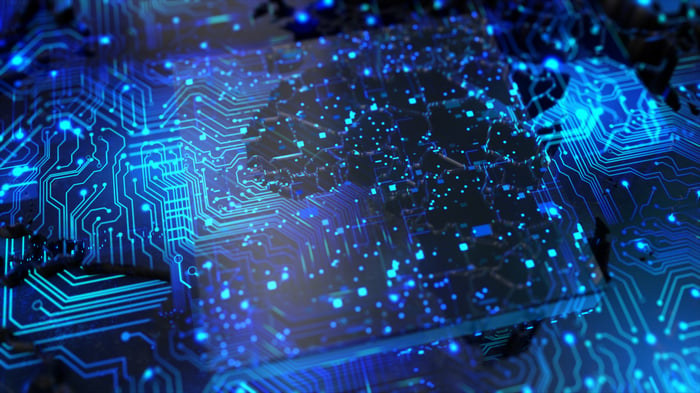 On Sept. 8, OneOf, a non-fungible tokens (NFTs) platform for music artists and fans based on the Tezos blockchain, launched a limited-edition collection of 26,000 tokens from famous rapper Doja Cat. The same day, Homebase, a protocol for building decentralized autonomous organizations (DAOs), launched on the Tezos blockchain. This would allow users and developers to form entities such as decentralized treasuries via the network's smart contract feature, enabling a form of self-governance.

Tezos is rapidly catching up to Ethereum's dominance with around 135 projects and decentralized applications (dapps) in development on its network. Earlier this month, Tezos partnered with decentralized finance (DeFi) platform EQIFI to launch asset loan services on the ecosystem. What's more, cryptocurrency firms in Switzerland have been working with Tezos to launch tokenized assets (such as popular stocks) on its blockchain. The future is looking bright for this altcoin, as it currently still has a small market cap of $4.783 billion.

Cathie Wood Bought the Grayscale Bitcoin Trust. Should You?