Pfizer could make billions in vaccine sales beyond COVID-19.

Comirnaty, the COVID-19 vaccine marketed by Pfizer (PFE 1.29%) and BioNTech (BNTX 2.08%), should rake in $33.5 billion in sales this year. That will make it the best-selling vaccine of all time. It'll be the best-selling biopharmaceutical product in history, period.

Comirnaty and the Prevnar franchise should continue to make Pfizer a lot of money over the next several years. The pharma giant could have another huge winner on the way as well. Here's the next blockbuster vaccine opportunity for Pfizer. 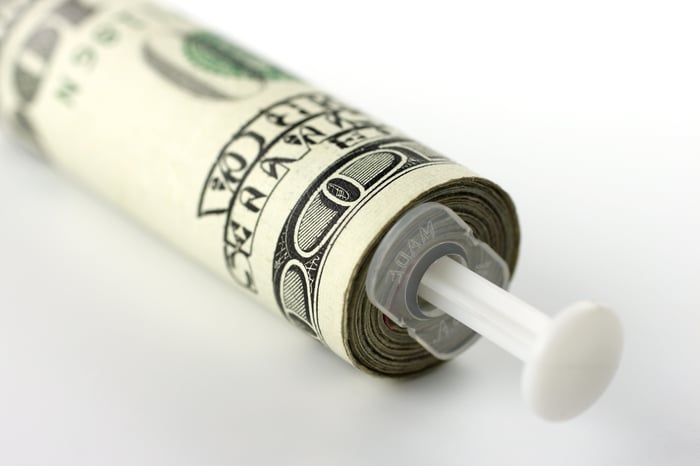 Respiratory syncytial virus (RSV) presents a major challenge for the U.S. healthcare system. Every year, around 58,000 kids younger than five years old are hospitalized with 2.1 million outpatient visits. Among adults ages 65 and older, there are 177,000 hospitalizations annually with close to 14,000 deaths.

It's not just a U.S. problem. There are up to 199,000 RSV-related deaths per year worldwide. The virus makes up nearly 45% of all hospital admissions in Europe for children under age two with lower respiratory tract infections.

There's no vaccine for RSV -- yet. However, Pfizer announced last week that it has begun late-stage testing of experimental RSV vaccine RSVpreF in adults ages 60 and up. The company initiated a phase 3 study of the vaccine candidate in maternal immunization of infants in June 2020.

SVB Leerink analyst Geoffrey Porges thinks that the "catch-up market" for an RSV vaccine in immunizing senior adults could top $20 billion. After the initial wave of vaccinations among older adults, the RSV vaccine market could reach $10 billion per year by the end of this decade.

Don't start counting Pfizer's additional billions just yet, though. It will still take a couple of years or so before the company's late-stage clinical studies wrap up. There's no guarantee of success. Also, Pfizer isn't the only company targeting the potentially lucrative RSV vaccine market.

GlaxoSmithKline (GSK 0.67%) kicked off a phase 3 study of its maternal RSV vaccine candidate in November 2020. The company followed up with the initiation of late-stage testing of the vaccine in older adults three months later.

Johnson & Johnson (JNJ 1.08%) isn't far behind. The company began a late-stage study evaluating its RSV vaccine candidate in adults ages 60 and older in July 2021. J&J expects to wrap up a phase 2 study of its experimental RSV vaccine in toddlers between 12 and 24 months old later this year.

Bavarian Nordic announced encouraging phase 2 results for its RSV vaccine candidate earlier this month. The Danish drugmaker should be in a good position to advance its experimental vaccine into late-stage testing in the not-too-distant future.

Although several other companies are racing to develop RSV vaccines, Pfizer definitely ranks as a frontrunner. There's a real possibility that Pfizer could have yet another megablockbuster vaccine on its hands within the next few years.

And Pfizer won't stop there. The company is evaluating vaccines targeting Clostridioides difficile and meningococcal infections in phase 3 testing. It has phase 2 vaccine programs for Lyme disease and COVID-19 in young kids. Pfizer plans to go on its own in developing new mRNA vaccines as well. For investors interested in vaccine stocks, Pfizer has a lot to offer.