The Food and Drug Administration turned down Emergency Use Authorization of lenzilumab in treating hospitalized COVID-19 patients.

Shares of Humanigen (HGEN -2.41%) were sinking 15.6% lower as of 11:36 a.m. EDT on Friday. The decline came after the clinical-stage biopharmaceutical company announced on Thursday that the U.S. Food and Drug Administration turned down Emergency Use Authorization for lenzilumab in treating newly hospitalized COVID-19 patients.

Humanigen filed for U.S. EUA of lenzilumab on May 28. This submission was based on positive results from a phase 3 study of the experimental drug. Lenzilumab achieved a 54% improvement in the likelihood of survival without ventilation compared to placebo. 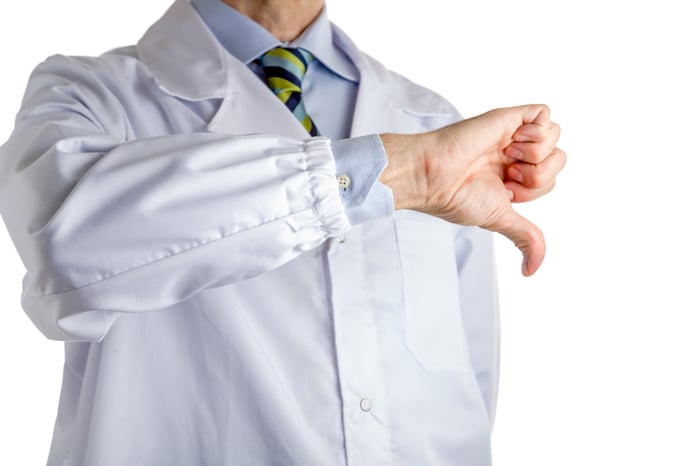 However, the FDA didn't think that Humanigen's data was good enough for EUA. The agency stated in a letter to the company that it wasn't able to determine that the benefits of lenzilumab outweighed its risks.

This is a major setback for Humanigen. However, it isn't the end of the road for lenzilumab. CEO Cameron Durrant said Humanigen thinks another ongoing clinical study of the drug could provide the additional data needed to convince the FDA to grant EUA in treating hospitalized COVID-19 patients.

While Humanigen awaits results from its other study of lenzilumab, there could be other potential catalysts for the biotech stock in the meantime. The company expects to complete its U.K. regulatory submission for lenzilumab in treating COVID-19 by the end of this month. Humanigen is also moving forward with filing for authorization of the drug in the European Union.