A reported delay in India's EUA for Novavax's COVID-19 vaccine appears to still be weighing on the stock.

Shares of Novavax (NVAX -4.68%) were slipping 3.8% lower at 12:01 p.m. EDT on Friday. This marked the second day of declines after reports on Thursday revealed that the Indian government could take longer than expected to grant emergency use authorization for Novavax's COVID-19 vaccine, NVX-CoV2373.

Novavax released a statement on Friday morning about Takeda's (TAK 0.94%) agreement to provide 150 million doses of NVX-CoV2373 to Japan. If the company was trying to change the story from the reported EUA delay in India, it didn't work. The statement didn't give investors any additional information on the supply agreement, which was first announced on Tuesday, so it's basically old news at this point. 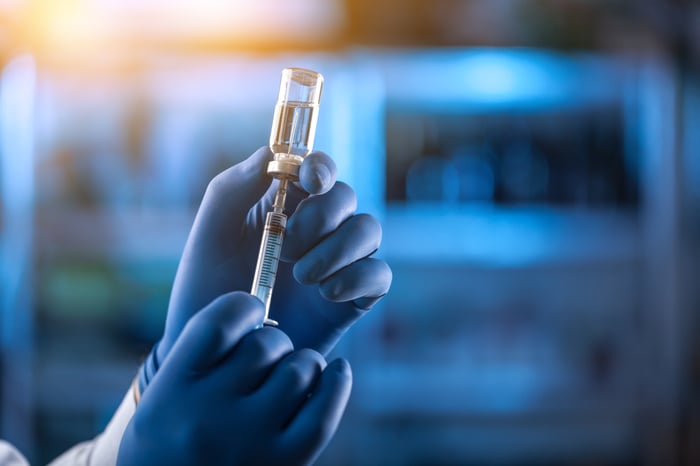 But the Indian government's pushback on EUA for NVX-CoV2373, which is called Covovax in the country, shouldn't hurt Novavax all that much. Takeda's supply deal with Japan is more important to Novavax's fortunes, especially if the delay in India isn't a long one.

What really matters for Novavax is its planned EUA filings in other countries. The company expects to submit for EUA of NVX-CoV2373 in the U.K. within the next few weeks. Filings in the European Union and other countries should follow soon thereafter, with EUA submission in the U.S. in the fourth quarter of 2021.

If any of these regulatory submissions are delayed, a sell-off of the vaccine stock will be warranted. If not, Novavax's shares should still have plenty of room to run.