These steady payers are poised to keep on doing so for years to come.

Buying dividend stocks can be a lucrative investment strategy. Accumulate enough of them and the passive income streams that flood your portfolio can buy you more shares of stock or even pay some of your living expenses. The list of companies that will pay you to hold them is vast, and here are three stocks that could be paying dividends for years to come.

The products that Colgate-Palmolive sells are low-cost items that people use day in and day out. They are purchased -- often without a second thought -- when consumers run out of them. The name recognition of brands like Colgate toothpaste gives the company an ability to raise its prices little by little to help drive steady revenue growth. Think about it: Do you notice when the toothpaste you buy each month increases a few cents each year? Probably not. 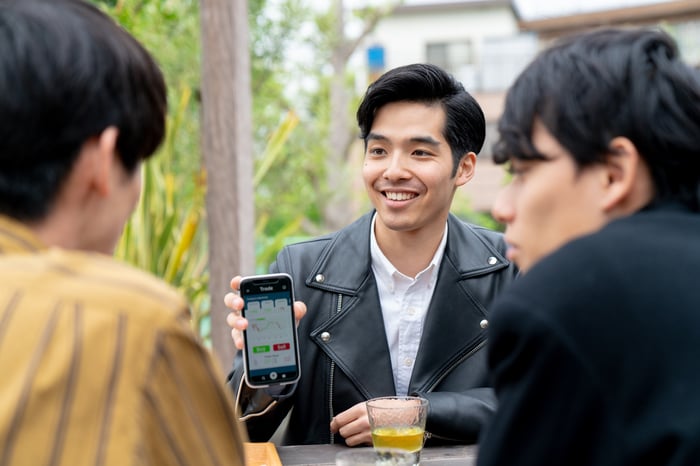 The company has done $17.1 billion in revenue over the trailing 12 months and has grown its sales at an average of 2% per year over the past three years. This is modest growth, but its high profitability helps it convert 15% of its revenue into free cash flow -- $2.6 billion over the past 12 months. This gives Colgate-Palmolive a steady stream of cash.

The company's dividend payout ratio of 50% leaves plenty of room for management to continue increasing the dividend, which has grown at an average of 3% annually over the past five years.

Walmart (WMT -1.16%) is one of the largest retailers in the world and a household name among most consumers. It operates the bulk of its stores in the United States as Walmart and Sam's Club, spread out in such a way that there is one within 10 miles of 90% of the U.S. population.

Retail is extremely competitive, and Walmart uses its massive size to squeeze suppliers for the best costs possible in order to offer the lowest prices to consumers. The company's operating margin is just 4% after paying its business costs.

Walmart achieved $566 billion in revenue over the past 12 months. So despite low margins, the company did so much revenue that it still produced $17.8 billion in free cash flow. The mammoth retailer has also been investing in building its e-commerce business to compete with Amazon, but it has still remained a devoted dividend payer, recently raising it 2%. Earlier this year, the company also announced a $20 billion buyback program.

Investors should feel confident that Walmart will retain its dividend track record despite these changes. Its massive size gives the company a lot of financial flexibility.

The Coca-Cola Company (KO -0.05%) is a beverage giant famous for its namesake brand and its position as a longtime Warren Buffett investment. Its products include a variety of sodas, bottled waters, juices, coffees, and more. The company owns a whopping 20 brands that each do $1 billion or more in sales every year. In fact, one in five cold, nonalcoholic beverages sold worldwide is from Coca-Cola.

Like Colgate-Palmolive and Walmart, Coca-Cola's products are purchased daily and rarely receive a second thought before consumers put them into their shopping carts. Additionally, Coca-Cola's combined portfolio of brands earns it some of the best shelf space in stores, giving the company a huge advantage that keeps most competitors from threatening to steal market share.

Coca-Cola doesn't bottle its products; it sells the syrups and concentrates that bottlers then use to manufacture and distribute the branded beverages. This makes the business very profitable. Coca-Cola has done $36.4 billion in revenue over the trailing 12 months, generating $11.5 billion in free cash flow.

The company spent 81% of that free cash flow on dividends in 2020, so there isn't much room for management to increase the payout ratio. However, the company is expected to grow earnings 8% to 9% annually, which could give the dividend some breathing room.

Colgate-Palmolive, Walmart, and Coca-Cola sell products that consumers use each day -- and such daily usage has helped these companies thrive for decades, regardless of the economy. Their large size, competitive advantages, and strong cash flows can fund long-standing dividends that are poised to continue for years to come. If you love dividends, it's hard to name three better stocks to consider now.