A secondary stock offering has investors spooked, but details matter.

The retailer of pool supplies slumped when the company revealed plans to sell as many as 14.95 million shares of stock. 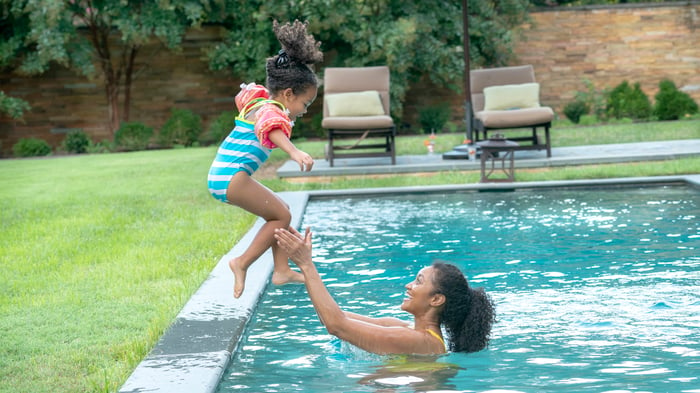 Leslie's announced a secondary offering of 13 million shares, while also granting the underwriters the option to purchase an additional 1.95 million shares of stock.

The news wasn't well received by current investors, but in this case it's important to read beyond the headlines. Leslie's isn't issuing any new stock in conjunction with this offering. In fact, the company isn't selling shares at all. The sale involves existing shares being offered by early investors and insiders.

In a regulatory filing, Leslie's revealed that Explorer Investment and C8 Management, who invested in the company prior to its IPO, will sell just a portion of their total investment. In fact, after the stock sale, these entities will still own 18.4% and 11.1% of Leslie's outstanding shares, respectively, down from 22.5% and 13.6%.

Investors are no doubt concerned that the flood of shares hitting the market could, at least temporarily, drive down the stock price. After all, the sale could represent as much as 8% of Leslie's total outstanding shares.

The good news is the company isn't issuing any new stock, so there won't be any shareholder dilution. Additionally, any stock price decline resulting from the sales will likely be transitory in nature.

Why Shares of Leslie's Tanked 15% in Morning Trading Today
376%