Shares of hydrogen fuel-cell company Plug Power (NASDAQ:PLUG) reacted positively to two different items of news this morning. The stock jumped as much as 6% early in Tuesday's trading session. After trimming some of those gains, shares are still trading almost 5% higher as of 11:35 a.m. EDT.

Plug's shares likely got a boost from the earnings release of clean energy technology company FuelCell Energy (NASDAQ:FCEL). But Plug also announced an expansion into Europe today, with plans to build a new European headquarters in Germany. Plug Power already has a joint venture with French automaker Renault, but this news signals the company will be further growing its presence in Europe. 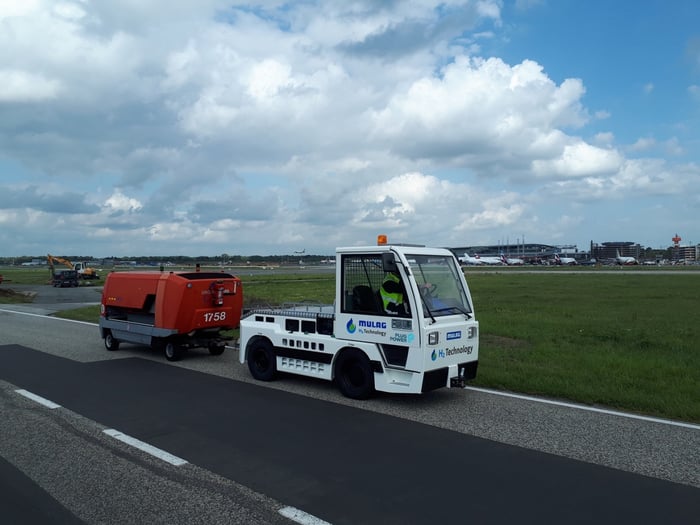 FuelCell Energy reported a net loss in the third quarter of fiscal 2021 this morning. But revenue had jumped 43% compared to the prior-year period, beating analyst estimates. Gross margin had also improved to positive 4.1% from negative 16.7%, helping its shares shoot more than 20% higher today.

Seeing a fellow fuel-cell technology company improve to a positive gross margin likely had investors thinking that Plug Power could move closer to profitability in the near future. But investors also accept losses as immature businesses grow. And today's announced facility in Germany is another sign of growth. Plug CEO Andy Marsh said in a statement, "The expansion to Europe comes as Plug faces a growing customer base abroad with the burgeoning interest in green hydrogen energy."

HYVIA, its joint venture in France, will produce fuel cell-powered light commercial vehicles, build hydrogen charging stations, and supply green hydrogen. Investors looking for Plug to grow its presence in hydrogen fuel technology are happy to see that the company intends to expand further in Europe.