Investors don't like the idea of this Bitcoin and Ethereum mining company issuing more stocks to fund its operations.

The company has been pretty successful at what it's doing. Currently, it mines about 10.5 Bitcoin per day and has a total hash rate of 1.37 exahash per second, which is about 1% of the entire network's power. During the second quarter of 2021, Hut 8 Mining brought in $33.55 million Canadian dollars ($26.51 million) in total revenue and CA$19.14 million in mining profit. Both are significant increases over the CA$9.23 million in revenue and CA$0.7 million in mining profit it generated in Q2 2020. 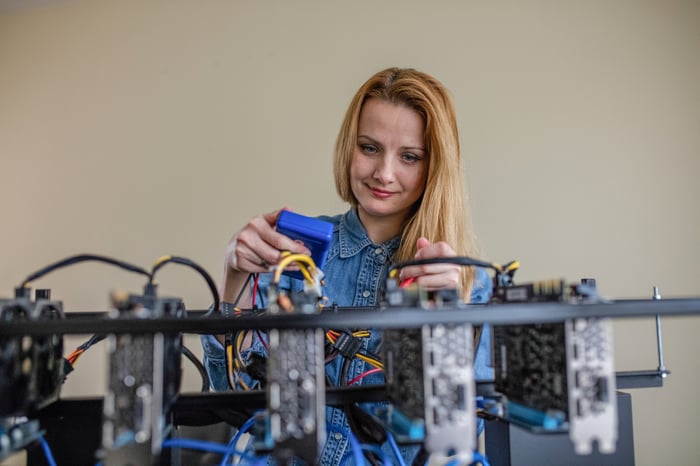 Without a doubt, the company's Ethereum mining operations will take a hit as Vitalik Buterin, the network's co-founder, plans to change its protocol to proof-of-stake (PoS) next year to save energy. This will essentially cut miners out of its ecosystem.

But Hut 8 Mining's Bitcoin revenue could very well explode and more than make up for that shortfall. Bitcoin's Taproot upgrade will go live and bring smart contracts to the network. Soon, developers will be able to build decentralized finance protocols, decentralized applications, and more on the world's most iconic blockchain, driving up demand for transactions. As a result, Hut 8 Mining is still a top cryptocurrency stock to buy now despite the capital raise.