The newly public real estate disruptor is up sharply.

The stock market continued its September slump on Thursday with all three major indexes firmly in the red as of 11 a.m. EDT. But real estate disruptor Offerpad (OPAD -0.43%) is refusing to participate in any market weakness. Shares are up by 37% today alone and have now gained more than 64% in the last five trading sessions.

There are a couple of potential explanations for today's move. First and foremost, Offerpad revealed a new credit line led by JPMorgan Chase (JPM -0.58%) in a Securities and Exchange Commission filing Wednesday evening. The new credit facility consists of a $300 million base line and a $100 million accordion feature, and a smaller mezzanine facility as well. Offerpad's business of buying and flipping houses is very capital intensive, so even though the company received $284 million in cash as part of its recent IPO via a special purpose acquisition company, this new capital access is welcome news. 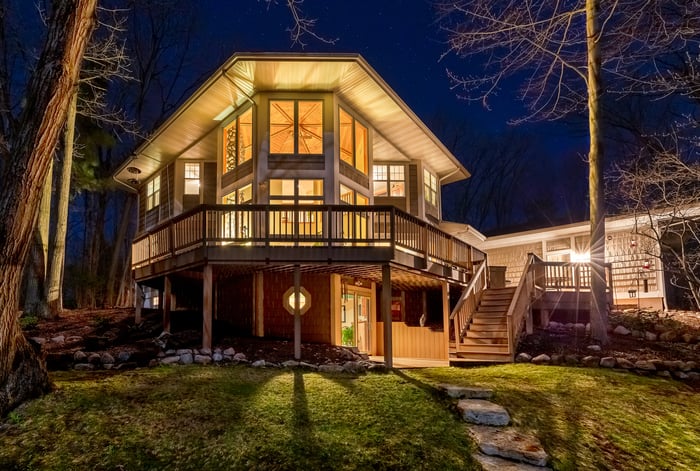 Second, it's not insignificant that Offerpad is getting quite a bit of social media attention as a potential short-squeeze candidate. It's not a secret that Reddit traders can certainly move a stock, so that could have at least something to do with the sharp upside move we're seeing.

Meme stock rallies aside, the iBuying business is gaining quite a bit of traction. A report by Zillow (Z 4.30%) (ZG 4.82%) recently indicated that 15,000 homes were bought by iBuyers like Offerpad in the second quarter, an all-time high and a 1% share of the U.S. housing market.

To be sure, Offerpad has a long way to go from here. The business is in all-out growth mode, and although it was profitable in the second quarter, the company acknowledges that it will likely operate at a loss for the foreseeable future. With iBuying still in the early innings and Offerpad having a sub-$4 billion market cap despite being one of the industry leaders, this stock could still be worth a look for patient long-term investors.

2 High-Risk Stocks With Tons of Potential