Please ensure Javascript is enabled for purposes of website accessibility
Log In Help Join The Motley Fool
Free Article Join Over 1 Million Premium Members And Get More In-Depth Stock Guidance and Research
By Adam Levy – Sep 17, 2021 at 9:02AM

But there may still be time for investors to take advantage of it.

Congress is currently planning some big changes to the tax code to help raise money for President Biden's $3.5 trillion social infrastructure spending plan. Among the changes in the House Ways and Means Committee's proposal is a change to the wash sale rule to include cryptocurrencies.

The wash sale rule prevents investors from selling and rebuying a security in order to show a tax loss on the investment. The proposal extends that rule to "commodities, currencies, and digital assets." 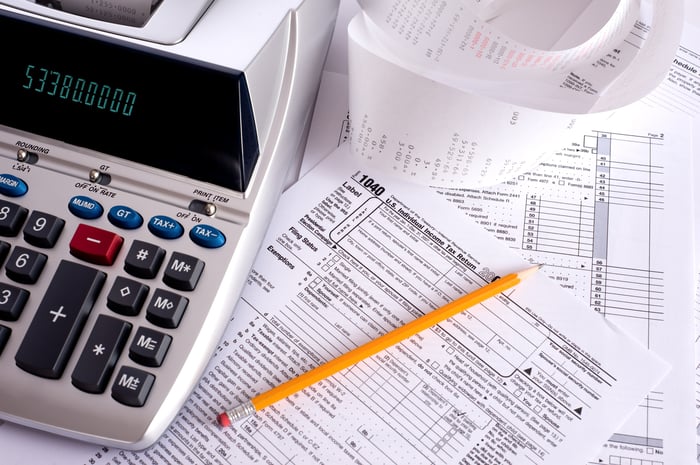 How the loophole works

Cryptocurrency investors who buy and hold assets like Bitcoin (BTC 0.25%) long term had a big opportunity earlier this year. When the price of Bitcoin fell from over $60,000 to less than $30,000 over the summer, investors who bought Bitcoin as its price was nearing its all-time high could've sold their coins and bought them back practically immediately.

The only caveat with performing these transactions is that you must show that they had "economic substance." In other words, there was a risk of loss for the investor by selling and rebuying just moments later. Given the volatility of cryptocurrency and the high fees of trading it relative to securities, that burden is easy to prove.

When you sell Bitcoin or any other cryptocurrency for a lower price than you paid, you get to claim a capital loss in the year of the transaction. That loss can offset any capital gains in the same year. If you don't have enough capital gains to offset, you can offset up to $3,000 of ordinary income per year. And if you have more losses than that, you can carry forward the loss into future years until the loss is exhausted.

Importantly, harvesting a capital loss will permanently lower your cost basis. When you go to sell in the future, you'll have to use your new, lower cost basis to calculate your capital gains and pay the taxes on that amount. In other words, you're lowering your tax liability this year but raising it in the future. That's a good trade for most investors, especially if they're able to offset ordinary income, which typically has higher tax rates than capital gains.

Why is Congress closing the loophole?

Congress is trying to raise tax revenue for Biden's $3.5 trillion social infrastructure plan. Tax-loss harvesting lowers tax revenue in the present even if it potentially offsets that lower tax in the future when investors really sell.

The broader adoption of cryptocurrency in late 2020 and early 2021 along with the massive crash in price this summer highlighted the loophole. It's likely many big investors took advantage of the opportunity, and they may be able to benefit from carrying forward losses for years to come. But Congress needs money now.

Furthermore, it's evident that Bitcoin and other digital currencies trade much more like securities than most other forms of property. Most importantly, they're fungible. A Bitcoin at this address is worth the same as a Bitcoin at that address.

You can't say the same for most other pieces of property, specifically non-digital property that has a component of physical condition. As such, investors may be happy to sell their Bitcoin and receive another Bitcoin later.

Based on those facts, I'd argue cryptocurrency shouldn't be treated like other property for tax purposes in any event, regardless of Congress's need to raise money in the near term.

There may still be an opportunity for you to take advantage of the current way cryptocurrency is taxed, but investors should expect the loophole to close in the near future as Congress makes changes to the tax code.