These three businesses are performing well and look poised to continue to deliver growth in revenue and profits.

Many businesses have suffered a pandemic-induced downturn, but a select few have managed to overcome the odds and post continued growth despite the challenges. Internet- and cloud-based businesses such as e-commerce and social media have managed to remain relatively insulated from the economic malaise, while some have even thrived because of the acceleration in digital adoption as more people telecommute and study from home.

Then there are businesses whose reputation and scale have made them resilient against a fall in demand. These companies can hold their own, as they provide a diversified portfolio of products that cater to myriad needs. Investors who park their money in companies with these attributes stand a good chance of not just preserving their wealth during downturns but also growing it over the long term.

Here are three companies that have a good chance of doubling your money and more. 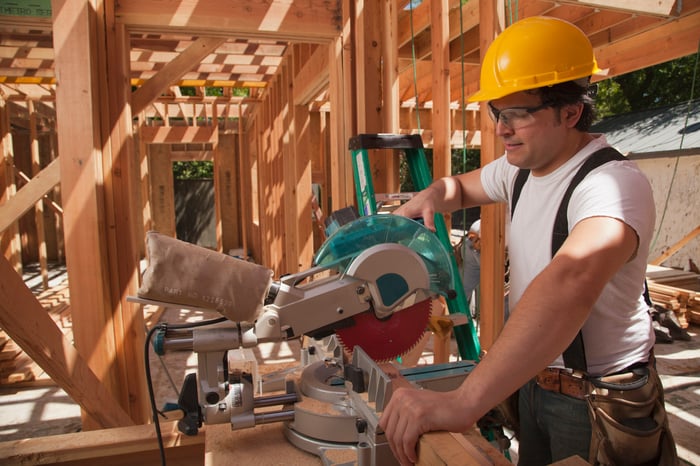 If you're looking for a power tool for carpentry work, chances are you'll look for one from Stanley Black & Decker (SWK -0.46%). The tools and storage company, which owns popular brands such as Stanley, DeWalt, Black & Decker, and Craftsman, ranks first in the world and sells a stunning 50 tools every second. Sales have been steadily rising over the years, from $11.6 billion in 2016 to $14.5 billion in 2020. Net income has also risen, from $968 million to $1.2 billion over the same period, and the business generated an average of $1.1 billion in free cash flow over those five years.

Stanley Black & Decker has continued to do well this year, with sales for the first six months of 2021 jumping by 35.4% year over year to $8.5 billion. Net income more than doubled to $932.7 million, and management believes the company can post excellent long-term growth. Catalysts such as a reconnection with homes and gardens, a boost in e-commerce, and a renewed focus on health and safety are tailwinds that can help the company achieve steady growth.

Acquisitions are also helping Stanley Black & Decker expand its portfolio of products, strengthening its value proposition. Last month, the company announced the acquisition of the remaining 80% of MTD Holdings, a global manufacturer of outdoor equipment, for $1.6 billion. And just this month, it expanded its outdoor equipment offerings and broadened its dealer network with the purchase of Excel Industries, a designer and manufacturer of commercial and residential turf-care equipment, for $375 million.

Etsy (ETSY 0.79%) runs an e-commerce platform known for handcrafted items that can't be found on other platforms. The company believes in adding a personal touch to deepen its connection with its customers. Etsy was posting impressive growth even before the pandemic hit, with total revenue growing from $273.5 million in 2015 to $818.4 million in 2019. Over this period, the company went from a net loss of $54.1 million to generating a net income of $95.9 million. The onset of the pandemic helped accelerate Etsy's growth, with revenue more than doubling year over year in 2020 to $1.7 billion and net income more than tripling year over year to $349.2 million.

The momentum has carried on through the first six months of this year, as the company reported a 64.4% year-over-year revenue surge and a doubling once again in net income to $242 million. Gross merchandise sales jumped by 53% year over year, while the number of active buyers and sellers increased to 5,233 and 90,490, respectively, from 3,140 and 60,274. The increase in buyers and sellers is creating a powerful network effect that will attract even more customers in the coming years as Etsy becomes the de facto marketplace for vintage and unique merchandise.

And the company's growth seems unlikely to slow down. Its total addressable market across all relevant categories stands at a stunning $1.7 trillion, offering significant opportunities for the company to grow its top line. Its recent acquisitions of Depop and Elo7 have helped it expand its product and customer range, as well as break into new markets, including, recently Brazil.

Match Group (MTCH -2.58%), with a wide range of dating apps suited for a range of customers, has seen its business continue to thrive amid the pandemic. The developer of popular apps such as Tinder, OkCupid, and PlentyofFish has grown at an impressive clip. Revenue more than doubled from 2015 to 2019 from $909.7 million to $2.1 billion, while net income more than quadrupled over the same period. The company saw its revenue heading north in 2020 and the first half of 2021, as more people relied on its apps to establish human connections while the pandemic swept across the world.

Match looks determined to continue the momentum with its recent acquisition of Hyperconnect, bringing in two new brands, Azar and Hakuna, onto its platform. This purchase not only increases the company's presence in Asian markets but also allows it to tap on Hyperconnect's artificial intelligence technology to open up new possibilities for a more immersive dating experience. The company also has some positive news going for it, in having recently been added to the S&P 500 Index, and it's also devising ways to avoid paying technology behemoth Apple and Google for app store transactions, following a landmark ruling by a federal judge in California. Together, these tailwinds should ensure the company can continue its steady growth in revenue and net income.