The controversial data mining firm still has a bright future.

Palantir (PLTR -2.78%) didn't gain much attention when it went public via a direct listing last September. The data mining firm's stock started trading at $10 a share, but remained below that level for most of the following month. But if you had bought 100 shares of Palantir at $10 on the first day, your $1,000 investment would have grown to $4,500 back in January.

Today, it would be worth nearly $2,900 -- which is still an impressive one-year gain. Let's see why investors weren't initially interested in Palantir, why it subsequently attracted a stampede of bulls, and why it could still have room to run after retreating from its all-time highs. 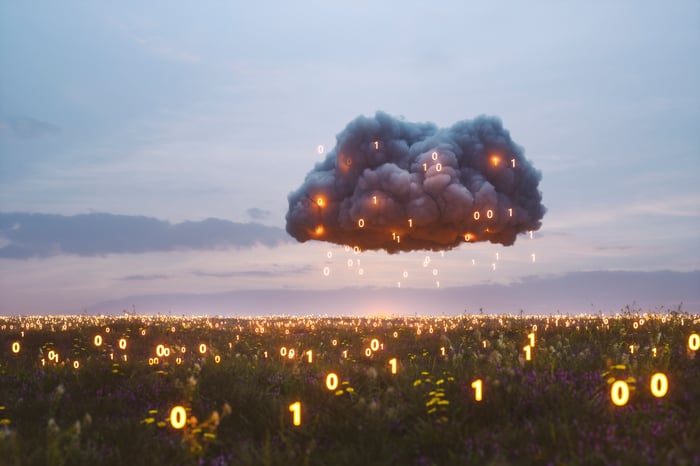 When Palantir went public, many investors focused on its heavy dependence on U.S. government contracts, its controversial contract with Immigration and Customs Enforcement (ICE) that helped the agency locate and deport undocumented immigrants, its lack of profits, and its high valuation.

Palantir's revenue rose 25% to $743 million in 2019, but its net loss only narrowed slightly to $580 million. Its revenue from government contracts increased 35%, while its commercial revenue rose 17%. The bears pointed out that its government business was still growing faster than its commercial business, and claimed Palantir's attempts to diversify its business with new enterprise contracts would flop.

Palantir was valued at $16.5 billion on its opening trade, which valued the company at 22 times its 2019 revenue. The bears claimed that price-to-sales ratio was too high, and that investors could buy shares of tech companies with comparable growth rates at lower valuations.

Why did Palantir's stock hit an all-time high in January?

Palantir's rosy outlook turned it into a hot topic on the online social forum Reddit, and the stock skyrocketed to $45 per share in late January alongside other "meme stocks" like GameStop (GME -8.49%) and AMC (AMC -9.40%).

But those gains were unsustainable, and Palantir's stock retreated back to the high teens in May. The rotation from higher-growth tech stocks to reopening-oriented value stocks exacerbated its sell-off.

How did Palantir's stock recover and stabilize?

Palantir's fourth-quarter report in February failed to stop the bleeding, even though the company surpassed its own revenue guidance for the full year. However, Palantir's stock stabilized over the past four months after it delivered two straight quarters of 49% year-over-year sales growth.

The accelerating growth of Palantir's commercial business -- which was supported by new contracts with blue-chip companies like Rio Tinto, PG&E, and BP -- silenced the bears who claimed it would struggle to gain new enterprise customers.

The robust growth of Palantir's government business, which was supported by new U.S. Army and Air Force contracts, also countered the notion that the public sector had limited growth potential.

Palantir predicts its revenue will grow at least 30% annually from 2021 through 2025, which suggests its annual revenue could nearly quadruple from $1.1 billion in 2020 to $4 billion in fiscal 2025. That bold forecast suggests the stock isn't too expensive at 37 times this year's sales.

Why Palantir's stock could still have room to run

Palantir believes its Gotham platform will become the "default operating system for data across the U.S. government," and a growing need for real-time data, analytics, and cybersecurity services across all of America's military branches and government agencies could help it achieve that goal.

That hardened reputation could also make Palantir's Foundry platform more appealing to enterprise customers. Palantir remains unprofitable, but its adjusted gross and operating margins are expanding and indicate it has plenty of pricing power in the booming market for data mining services.

Based on these expectations, Palantir's stock could easily triple from its current levels over the next five years -- which would turn a modest $1,000 investment in its direct listing into more than $8,600.