The price of Bitcoin (BTC -3.32%) took a nosedive for the second day in a row on Tuesday. One reason behind that decline may have been the U.S. Treasury Department's move to sanction a cryptocurrency exchange. As of 3:41 p.m. EDT, Bitcoin had fallen by 3.6% over the prior 24 hours.

The value of the world's leading cryptocurrency had already fallen by about 7% Monday as investors grew concerned that one of China's largest real estate developers, China Evergrande Group, might default on some of its loans. 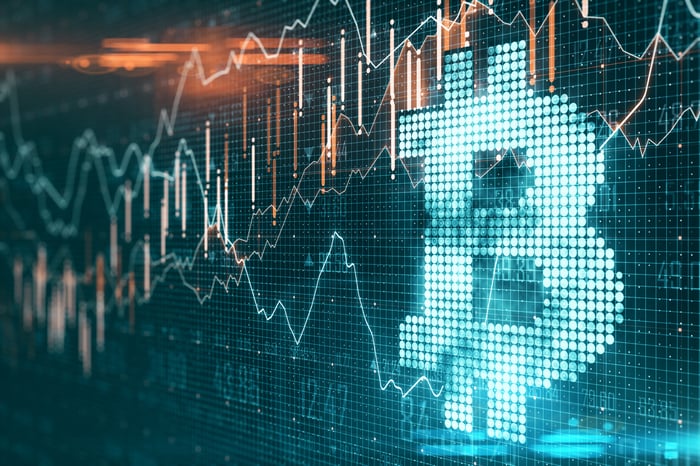 Investors are concerned that if the Chinese government doesn't step in and help Evergrande, companies that do business with it and those that hold its debt could also find themselves in trouble.

That thinking propelled the S&P 500 downward by 2% Monday, and sent cryptocurrency prices tumbling too.

But Bitcoin's slide Tuesday may have more to do with the fact that the Treasury Department announced that it will sanction cryptocurrency exchange Suex for its alleged role in helping to launder payments made to criminals conducting ransomware cyberattacks.

"Analysis of known SUEX transactions shows that over 40% of SUEX's known transaction history is associated with illicit actors," the Treasury Department said in a press release Tuesday.

Cryptocurrency prices tend to react strongly to any positive or negative economic news, and they are especially volatile when any major crypto-related news breaks.

Tuesday's news suggests that more scrutiny and regulation could be on the horizon for cryptocurrencies. That's not all bad for investors, of course, and could even make cryptocurrency investing safer in the near future.

But in the short term, traders will keep reacting strongly to any news about the government expanding its oversight of cryptocurrencies, and that could mean increased volatility for Bitcoin. Its drop today is more proof that investors will need strong stomachs to stay in the crypto market over the long term.