Could restaurant payments software company Toast be the next big growth stock?

Restaurant-focused software company Toast will go public this week in an IPO under the symbol "TOST" on the New York Stock Exchange. For those interested in new stocks hitting the market, Toast could present an intriguing opportunity today, since the restaurant industry is in a state of rapid digitization as a result of COVID-19.

Ironically, a company like Toast could be in the best of all possible worlds. Restaurants are finding digital solutions more of a necessity as the delta variant prolongs the pandemic, yet people are also yearning to dine out as the pandemic subsides. Toast has been posting very strong recent growth as a result as it emerges from the pandemic, but is Toast's IPO priced right for investors? 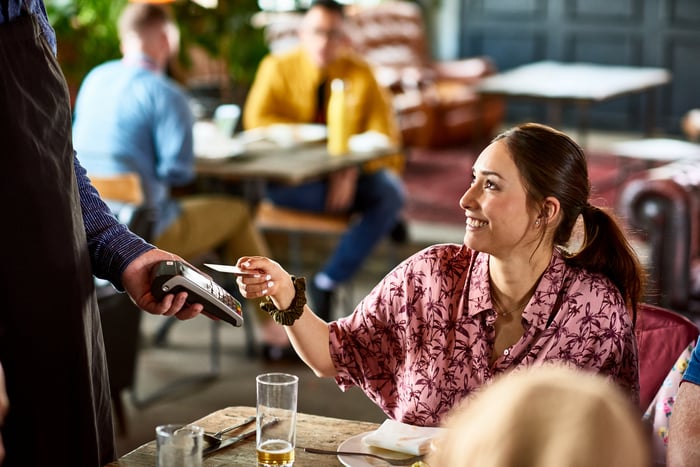 Toast was co-founded by Aman Narang, Steve Fredette, and Jonathan Grimm in 2011. Narang and Fredette had prior experience at software giant Oracle (ORCL -0.17%), and came up with a the goal of helping restaurants, an industry late to digitization, thrive. In 2015, the company brought in Christopher Comparato, previously an executive at Endeca Technologies, which Oracle acquired, to be CEO.

Toast has seen impressive adoption, especially since 2015, when Comparato was hired, growing from 1,000 restaurants in 2015 to 48,000 in the U.S. as of this June. It's also impressive that the company saw increased adoption last year during COVID, though most came in the back half.

That may be because Toast's platform makes it easy for restaurants to digitize. In fact, in response to COVID, Toast rapidly deployed new products, including Toast Delivery, contactless order and pay products, and Toast Now -- a comprehensive platform including digital order, gift cards, and email marketing.

Toast makes money in several ways, but only two are significant and/or profitable at the moment: software subscriptions, and the 55-basis-point take rate it takes on its payments system. Toast also sources small-dollar loans for restaurants, which it underwrites and services for a fee, with bank partners taking the credit risk.

Toast also sells hardware, upon which its software services are delivered; however, investors probably shouldn't count that revenue, since Toast sells those machines at a small loss. The same goes for its professional services revenue, which helps restaurants get set up, which also currently makes a loss.

Revenue is impressive, but gross margins are a potential problem

Over the six months ended in June, Toast's gross margin for subscription services was 66.2%, which is solid, but subscription revenue made up only 9.6% of total revenue. Meanwhile, Toast's financial technology solutions gross margin was only 20%, and financial technology makes up a much larger 82.3% of revenue. Overall gross margin was 22% -- not exactly great for a software company. However, that was up strongly over the prior year's 13%.

First-half 2021 revenues did bounce back strongly from the pandemic-fueled first half of 2020, up 105%. That's likely to draw the attention of investors. However, it's unlikely that the company would be able to keep up that growth rate, given that it was lapping the onset of the pandemic. Revenue grew 23.8% in the full year 2020 over 2019. So perhaps Toast will grow somewhere between those two rates in the near term.

No earnings, and revenue is noisy: How to judge?

So how to judge Toast, given its mix of products, with one small part software, one other part payments? As is the case with most high-growth companies, Toast is still investing heavily in research and development, causing it to have an operating loss of $56.8 million in the first six months of 2021 -- though that was an improvement over the $124.6 million operating loss in the first six months of 2020.

One helpful metric the company gives is its annual recurring revenue, which is basically the annualized "recurring" profitable revenue in subscription and payments, based on the recent month's subscription rate and thee-month average payments volume.

Annualized recurring revenue was $494 million at the end of June, and this is the figure one should probably be using instead of total revenue, if trying to value the company as a multiple of revenues. ARR grew a whopping 118% in the first six months of 2021 over the year-ago period, after growing 77% in 2020.

You may notice that the 2020 growth rate for ARR is much higher than overall revenue was. That's likely because as the company gets bigger, more of its total base revenue will come from recurring revenue at existing customers, as non-recurring, no-margin hardware and services revenue comes primarily from new customers. So ARR should move closer to total revenue over time. 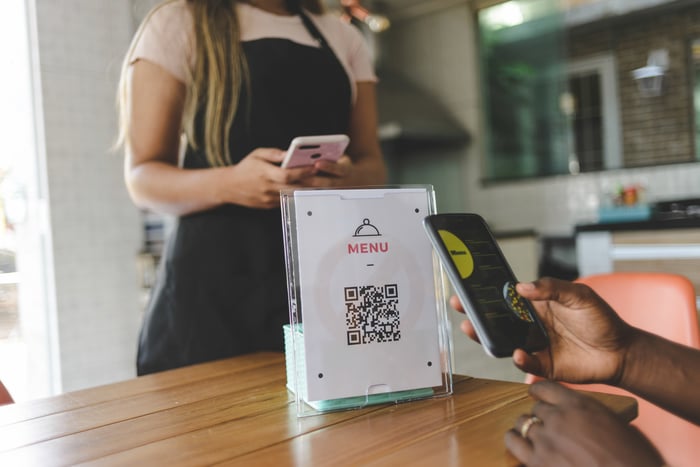 Toast certainly looks intriguing, but at the valuation at which it's likely to go public, forecast to be about $18 billion -- which was recently just raised from $16 billion -- I would need to see some more performance in the future. In particular, investors should keep an eye on whether the company can expand gross margin materially as it grows. The payments gross margin is fairly low, but more mature payments companies typically have higher margins than that. So I'd like to see more evidence of gross margin expansion, and it's unclear at this point whether the company will be able to do that.

There's also a possibility investors will be pricing the company off total annual sales, which were $700 million in the first six months of 2021, probably on the way to $1.5 billion or more this year. However, the company's annualized recurring revenue is only around $500 million right now. So some investors may value the stock much higher than warranted, as I think annualized recurring revenue is the main metric to watch. At $18 billion, Toast will hit the public at a rather high 36 times ARR.

But there are reasons to be bullish on Toast

Because of these margin concerns and the valuation, I'd be careful with Toast stock out of the gate. However, Toast is definitely a company I'll be watching, because it seems very well run, and there could be material upside. It is growing fast, seemingly has a good culture and company ethos of obsessing about customer success, and its addressable market is very large. Toast believes it has penetrated only 6% of its addressable market in the U.S., and it has yet to expand internationally. Should the company be able to do so successfully, there is a lot of opportunity.

As with many IPOs, Toast for now is in the "too hard" pile; however, if you work in the restaurant business or know someone who does and that person has a very favorable view of the product, this could be the early stages of a new and impressive growth stock. So Toast is definitely a newcomer worth watching, and it could be a buy for those with a high-risk tolerance or knowledge of the restaurant industry. But at the price at which it will  hit the market, I'm still watching from the sidelines.

Why Zuora Stock Is Plunging Today
358%