Institutional money managers see untapped value in the stock for these companies.

That dichotomy can also be seen in its regularly updated Top 100 List, which points out some of the unusual stocks that are popular among Robinhood users, but can also be a good place to find investing ideas, whether you're new to buying stocks or a professional money manager.

In both cases, these growth stocks rank high on Robinhood's Top 100 list. Why are these Robinhood stocks popular with millionaire money managers too? Here's what you should know. 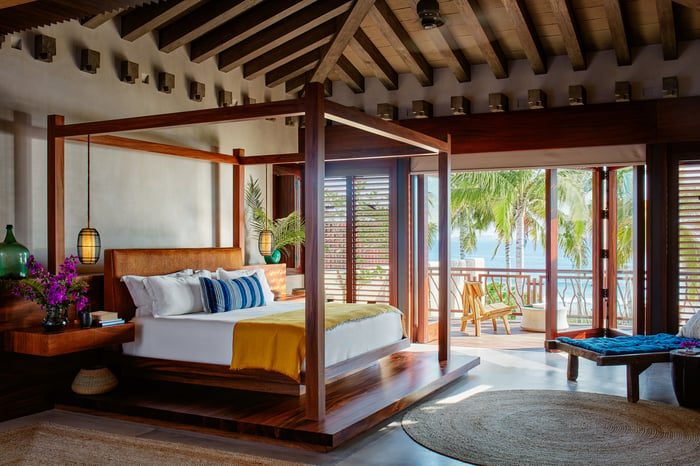 Airbnb pioneered the concept of crowdsourced hospitality. Its global platform connects 4 million hosts with potential guests, helping people find immersive stays and partake in authentic experiences around the world. To add, the lodging options also tend to be more unique, private, and flexible than what traditional hotels can provide.

For instance, Airbnb currently lists over 170,000 one-of-a-kind stays, like a detailed reimagining of Bilbo Baggins' Hobbit hole from The Lord of the Rings. Through May 2021, searches for these unique properties surged 94% compared to the same period in 2019.

To reinforce this advantage, the company recently upgraded its platform, making it easier to onboard new hosts. The process now requires just 10 steps, and the platform leans on artificial intelligence to help hosts craft descriptions and arrange photos based on guest appeal. Airbnb also introduced flexible search, meaning travelers don't have to indicate the exact destination or dates they wish to travel. These moves reduce friction on both sides of the equation.

Collectively, these qualities give rise to Airbnb's greatest advantage: a resilient business model. Through the first half of 2021, revenue surged 89% to $2.2 billion; and gross bookings value more than doubled, indicating strong demand in the coming quarters. By comparison, Hilton -- the most valuable hotel brand in the world, according to Brand Finance -- saw revenue fall 11% through the first half of the year.

As a final thought, most guests who have made bookings on Airbnb fall between the ages of 18 and 34 years old, evidencing its popularity with younger generations. At the same time, the company clearly has a more resilient business model and it offers a greater range of inventory than traditional hotels. Put another way, Airbnb has a strong competitive edge and it's already won the loyalty of young travelers. That should help the company capitalize on its $3.4 trillion addressable market.

Considering all that opportunity, I'm not surprised to see Buckley adding shares of this growth stock to Vanguard's portfolio. 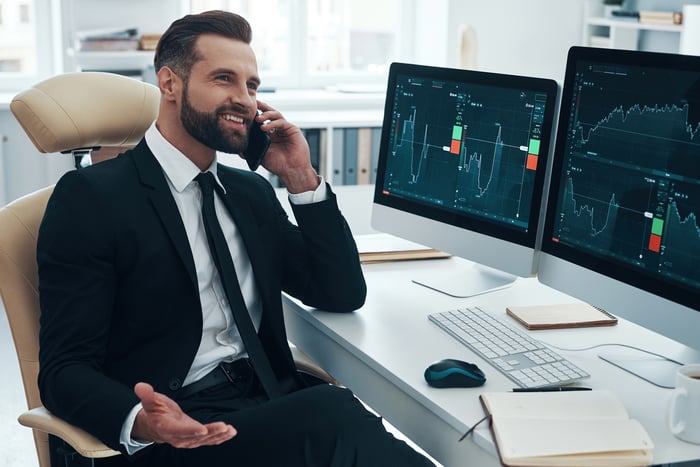 Palantir has been called Silicon Valley's most secretive start-up, as the company got its start working with U.S. intelligence agencies like the CIA and FBI. In fact, Palantir's software played a critical role in helping the U.S. government locate Osama bin Laden; it also helped prosecutors build a case against and ultimately convict Bernie Madoff of securities fraud.

Today, the company offers two platforms: Gotham and Foundry. The former is designed for government agencies, while the latter is built for the commercial sector. In both cases, Palantir's software acts as a central operating system, making it possible to integrate and analyze siloed data sets. In turn, that allows data scientists to build AI models and applications, and it helps executives make data-driven decisions.

For example, manufacturers use Foundry to optimize supply chains and improve quality control on assembly lines. Pharmaceutical companies deploy Palantir's software to accelerate drug discovery, healthcare institutions use it to improve patient outcomes, and financial firms use it to detect and prevent fraud.

But Palantir also allows enterprises to secure and control access to sensitive data, and this feature strikes at the core of its competitive advantage. Palantir's past work with classified information evidences the security of its platform, and few (if any) other companies can make the same claim. That has helped Palantir establish its brand, and grow its business quickly.

Through the first half of 2021, the company generated $551.8 million in revenue, up 49% from the prior year. And Palantir now has 169 customers, up 23%. On a trailing-12-month basis, the average revenue per customer remains high at $7.9 million; but no customer accounts for more than 10% of revenue, meaning things are moving in the right direction.

Going forward, management puts its market opportunity at $119 billion, comprising $63 billion in the government sector and $56 billion in the commercial sector. Palantir still has a relatively small customer base -- something investors should watch closely -- but the company appears to be making progress. That's why I'm not surprised to see Wood buying this growth stock for ARK's portfolio.