The start of a global economic recession has temporarily been removed from the equation.

Shares of GameStop (GME -4.83%) rose 2.4% in morning trading Thursday as the sell-off that followed fears of China's largest property owner defaulting on its loans dissipated. The broad market indexes have regained all the ground lost since the China Evergrande crisis broke.

While you wouldn't think a default by a Chinese company would trigger a global rout, as it did on Monday, it signaled how much China's economy is weakening, and the potential losses by Evergrande could cause a cascading effect that would spread around the world. China sought to stabilize its financial system by injecting $17 billion into it. 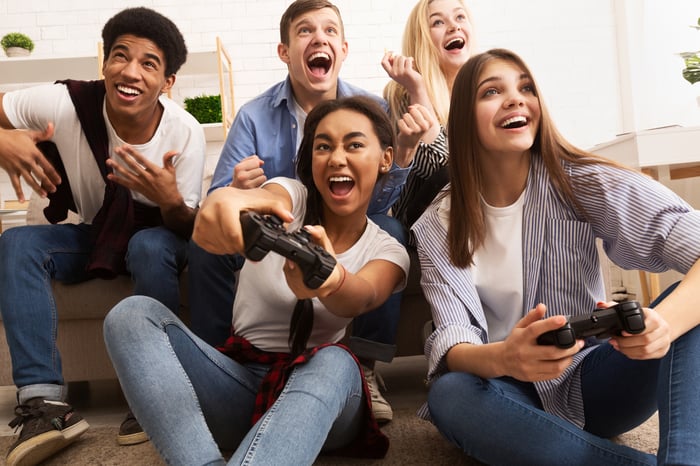 It affects GameStop only tangentially, but a default by the real estate developer could spark a recession that would impede the video game retailer's ability to recover its own financial footing. GameStop is in the midst of transitioning its business to one targeted to digital and online assets, and it needs the U.S. economy to continue on its current trajectory if it hopes to be successful.

Although it may have been one of the original meme stocks born from the stock-trading frenzy that erupted in January and February, GameStop is more a trade today on whether it can be successful in reimagining its future.

As exciting as it is, the proposition remains one that still has to be proved. GameStop is very much still in the first inning, and the potential for it striking out is high. That's why it doesn't need any disruptions, and if the market is sensing that China will keep Evergrande afloat by injecting the capital necessary, that bodes well for global bourses and for stocks, especially the video game retailer.