A recent partnership announcement wasn't enough to shake concerns about the global economy.

Shares of Integral Ad Science (IAS -0.72%) were down 10% as of 2:12 p.m. EDT on Thursday. The sell-off in the broader market pulled the stock down, but the company received some positive news this week too.

While one analyst raised the price target on the stock toward the end of last week, IAS expanded its partnership with Viant Technology (DSP 1.68%), a provider of advertising software. 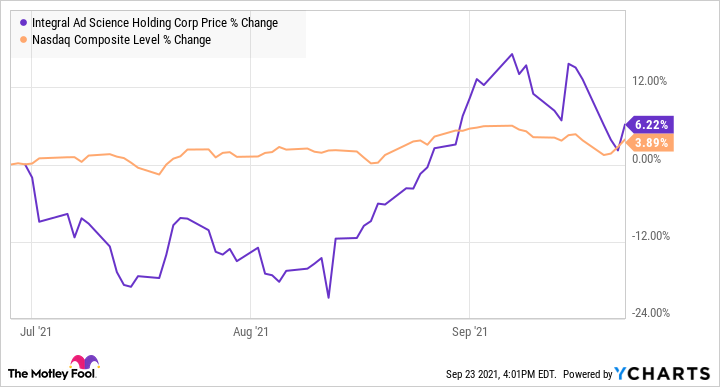 At the end of last week, Jefferies Financial Group raised the price target on IAS to $28 from $23 and reiterated a buy rating on the stock. IAS reported its first full quarter of earnings results in August after its initial public offering (IPO) in June. Revenue increased 55% year over year as more customers are partnering with the company to get more out of their ad impressions across the web and social platforms.

This week, Viant Technology announced it would integrate IAS's connected TV (CTV) fraud pre-bid solution within its Adelphic advertising software. Providing fraud solutions is a big opportunity for IAS since ad spending lost to fraud is expected to increase from $42 billion in 2019 to $100 billion by 2023. 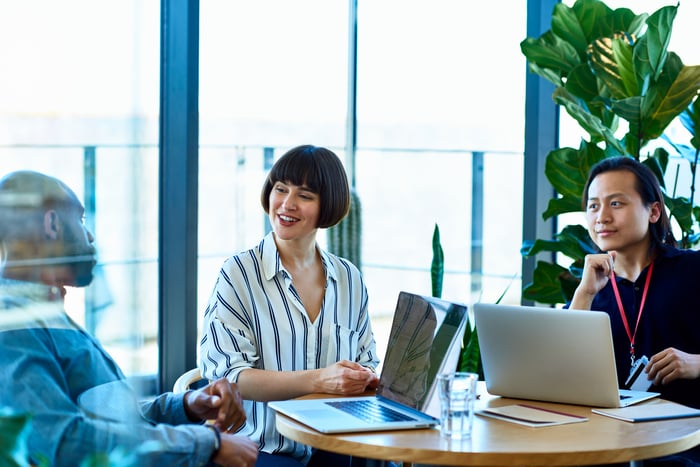 In 2020, IAS grew revenue by 13% to reach $240 million, but growth is accelerating due to the rapid shift of advertising from linear media to digital. IAS is a leader in this market, working with leading brands, including several Fortune 500 companies.

The sell-off this week across the broader market stemmed from concerns about the liquidity of property developer China Evergrande Group and the potential ripple effect across the global economy. Obviously, any concerns about the strength of the economy will influence investors' near-term outlook for spending on marketing-related services and therefore, the near-term outlook on demand for IAS's digital ad solutions.

However, the shift from linear to digital advertising is a long-term secular trend that represents a massive opportunity for IAS, so long-term investors shouldn't be too concerned when a sell-off in the broader market takes the stock down with it.