Shares of Rite Aid (RAD 0.59%) were sinking 8% as of 11:06 a.m. EDT on Thursday. The decline came after the pharmacy chain announced its second-quarter earnings results before the market opened.

Revenue from continuing operations in the second quarter was $6.11 billion, up 2.2% year over year. This fell short of the Wall Street consensus estimate of $6.21 billion. 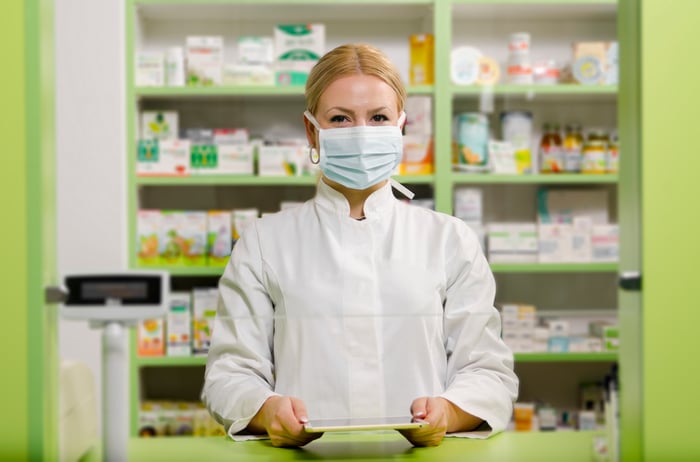 Investors shouldn't place too much focus on a single quarter. Rite Aid's second-quarter results provide only a snapshot of how the company is doing. In this case, though, those results reflect both the progress it is making and the challenges that it continues to face.

Rite Aid thinks that it could receive a boost from increased demand for COVID vaccines and testing through the end of the year. The company increased its full-year guidance for adjusted earnings before interest, taxes, depreciation, and amortization (EBITDA) to a range of $460 million to $500 million.