Traders might be mistaking more slices for a bigger pizza.

Shares of InMode (INMD 1.92%), a provider of devices that harness radiofrequency energy for cosmetic surgical procedures, are up 20% this week as of the close on Thursday afternoon. 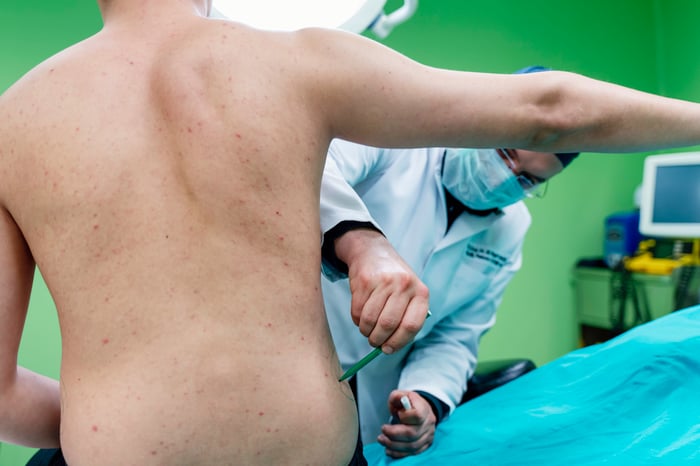 The primary news seems to be an announcement last Friday that the company would undergo a 2-for-1 stock split at the end of this month. The resulting lower price might allow investors to buy more shares. For those who already own shares, however, they will own twice as many but it won't change how much of the company they own. For example, a pizza cut into 12 pieces isn't any bigger than the same pie cut six ways.

Still, in what should conjure memories of the dot-com boom for older investors, companies that have split their stock the last few years have seemed to get a bounce. Often, traders are buying shares with the hope the stock will quickly return to its pre-split price.

In what can only be described as proof that the market is not rational, a 1996 study showed companies that split their stock experienced outperformance of 8% in the first year and 12% in the first three years after the split. One confounding variable could be the performance of the underlying business. After all, companies that are doing poorly almost never split their stock. InMode shares are up almost 400% in the past year and it has grown revenue 85% since 2019. 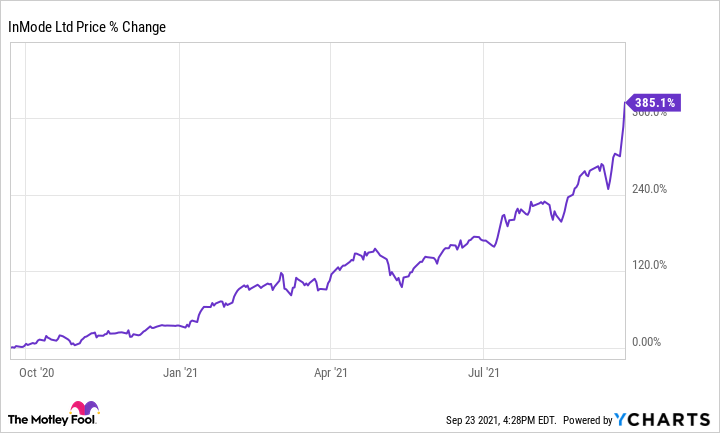 For current shareholders, the split shouldn't make any difference. For those without a position, it might signal the performance of the business is worth adding it to your radar.

Is InMode Stock a Buy Now?