GameStop started the trend, but a new name with more than 30% short interest is jumping this week.

The Reddit crowd doesn't seem to have given up on GameStop (GME 3.46%) yet, but it seems to be paying more attention to other names it thinks it can drive into a short squeeze. In Friday trading, GameStop dipped, but electric vehicle start-up Canoo (GOEV 4.35%) and independent oil and natural gas company Camber Energy (CEI -0.64%) are soaring, with chatter on the latter two names picking up on Reddit. As of 2:35 p.m. EDT, these stocks had moved as follows:

Heavily shorted stocks have continued to be a target of the retail trading community on social media since GameStop shares rocketed higher earlier this year. It seems Canoo and Camber Energy are two new names that are getting similar attention. As of the end of August, Canoo had more than 31% percent of its public float sold short. Camber Energy had 23.5% of its float sold short as of Sept. 15, according to data from MarketWatch. 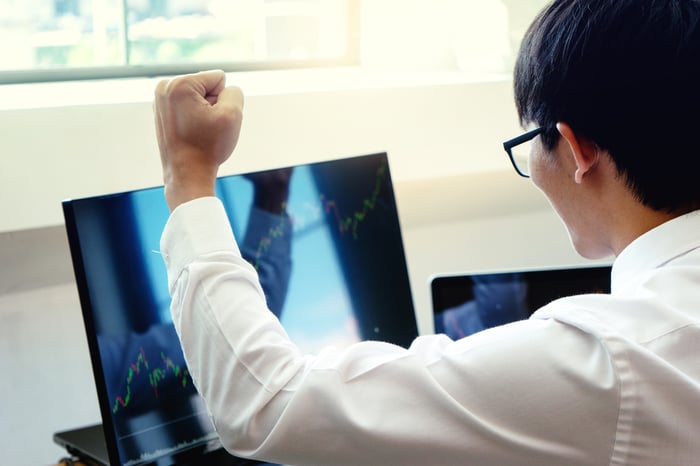 Canoo is being mentioned on Reddit's WallStreetBets forum, including one post this week pointing out the short interest and concluding that several factors are "primed to send a young and unique EV manufacturer to the stratosphere." If nothing else, the brief description of the company is accurate. Canoo has designed a modular electric vehicle platform for purpose-built vehicles including a van-like "lifestyle" vehicle, a multi-purpose delivery vehicle, and its version of a pickup truck. Like with other meme stocks, business fundamentals aren't part of the investment thesis. Canoo reported an operating loss of more than $100 million its 2021 second quarter ended June 30. The company still doesn't have any revenue.

But Canoo stock has soared 31% in the last two trading days as the online chatter picked up. Similarly, Camber Energy shares have jumped more than 40% since yesterday. Both stocks are trading on at least quadruple their 65-day average trading volume today. Camber hasn't even put out a financial report since its reporting period ended Sept. 30, 2020. Earlier this month, the company dismissed its auditor, saying that previously audited financial statements could not be relied upon, and last week the company appointed a new independent accounting firm.

GameStop, the original meme name, has left investors with more questions than answers after its most recent quarterly financial update. Today's dip may also be related to CNBC's recent coverage of internal documents from Robinhood Markets about the days the retail brokerage was forced into a liquidity crisis during the January trading frenzy. Those documents reportedly include internal conversations about GameStop stock, and may be opening old wounds for retail investors.

But the moves in Canoo and Camber Energy stocks today are once again reinforcing the fact that these traders aren't even looking at the underlying company businesses. Canoo may, in fact, become a successful EV maker. But for now it still hasn't sold any product, and Camber can't even give investors accurate financials at this time. As was said when the meme stock trading frenzy began: buyer beware.