Low-maintenance. That's what nearly everyone likes with their cars and homes. But what about with their stocks? Unfortunately, many of the stocks that are widely held by investors who use Robinhood Markets are anything but low-maintenance.

That doesn't mean that every stock that's popular on the trading platform requires you to watch it like a hawk. Here are three Robinhood stocks that you'll probably never have to sell. 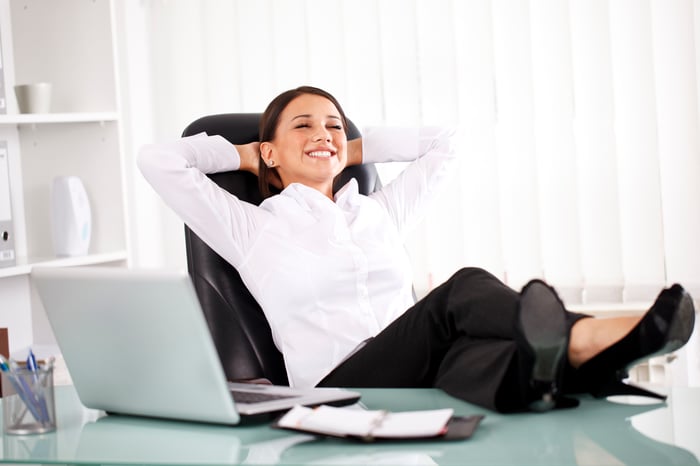 It's hard to imagine life today without Alphabet (NASDAQ:GOOG) (NASDAQ:GOOGL). The company claims nine products with more than 1 billion users, including Chrome, Google Search, and YouTube.

This massive user base for multiple products gives Alphabet a strong moat. Maybe a rival could come along that can dethrone the company in one area, but it won't be easy. And taking it down on multiple fronts seems highly unlikely.

The kinds of stocks that you will never have to sell, though, can't just play defense. They must also be able to deliver solid growth over the long term. I think Alphabet can rise to the challenge.

Google Cloud continues to enjoy strong momentum. Self-driving car technology unit Waymo has a massive opportunity ahead of it. Don't overlook the growth prospects for digital advertising on the core Google platforms, either. Alphabet doesn't just have a strong moat; it also has strong optionality -- multiple ways to grow.

Magic. That's what Walt Disney (NYSE:DIS) has been about since its founding way back in 1923. And its stock has certainly delivered plenty of magic for investors through the years.

Disney has managed to deal quite effectively with arguably the biggest threat it's ever faced -- the COVID-19 pandemic. The company's Disney+ streaming service served as a big key to that success in the face of huge challenges.

As the corner is turned on COVID-19, though, Disney's other businesses should shine. More customers will return to theaters to watch Disney's movies and to the company's theme parks.

Don't think that Disney+ has peaked, though. Prominent growth investor Cathie Wood is loading up on Disney stock for her ARK Next Generation Internet ETF for a good reason. Even with subscriber growth slowing for now, the streaming service is likely to be a solid growth driver for Disney for a long time to come.

Johnson & Johnson (NYSE:JNJ) probably ranks as the most likely popular Robinhood stock that you'll never have to sell. It's a healthcare giant and Dividend King that has navigated major crises and come out stronger.

You don't have to worry about revenue diversification with J&J. The company markets hundreds of products across three major lines of business -- consumer health, medical devices, and pharmaceuticals. Twenty-eight of its products or platforms generate annual sales of $1 billion or more.

But can Johnson & Johnson deliver solid returns for investors? Absolutely. Over the last 10 years, its stock has provided an average annual total return of 13.1%. That's enough to double every six years.

J&J invests heavily in developing new products to fuel growth. Roughly one-quarter of its total revenue comes from products launched in just the last five years. It also is in a great financial position to acquire other companies to improve its growth prospects. Although Johnson & Johnson might not be the most exciting Robinhood stock, it's definitely one of the most stable.