Investors could be in store for handsome gains.

Shares of Vizio (VZIO -1.40%) popped 7% on Monday after the smart-TV maker received a favorable write-up in the financial publication Barron's.

Barron's associate editor Jack Hough believes Vizio's stock is a great way for investors to profit from the growth of the streaming industry. He sees streaming devices such as Amazon's Fire TV Stick and Alphabet's Google Chromecast falling by the wayside as smart TVs, such as those sold by Vizio, become more affordable. 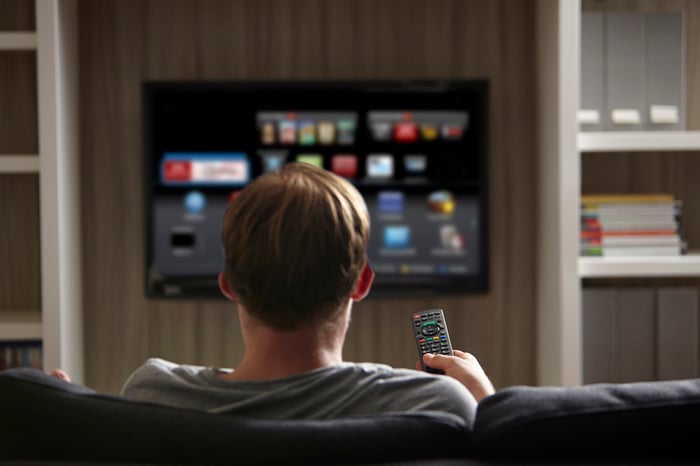 Moreover, Vizio's investments in technology and content have the company particularly well positioned for success, according to Hough. Only 7% of the time viewers spend on Vizio's TVs is spent on its competitors' operating systems. The other 93% is spent on Vizio's in-house platform.

"We've been working on our operating system, SmartCast, for over seven years now and have invested hundreds of millions of dollars," CEO William Wang said during an interview with Barron's.

Those investments are beginning to pay off. Revenue and gross profit in Vizio's Platform+ segment (which includes advertising sales) surged 146% and 167%, respectively, to $65.5 million and $47.5 million in the second quarter.

Vizio is similar in some ways to Roku (ROKU -5.44%). The streaming device company previously relied on device sales for most of its revenue. But as investors began to appreciate Roku's software initiatives and rapidly growing advertising revenue, its stock price soared.

If Vizio can continue to expand its SmartCast platform at a rapid clip (active accounts increased by 43% year over year to 14 million in the second quarter), investors would likely place a higher valuation on its shares to account for the growth of this higher-margin revenue stream. And that could lead to sizable gains for those who buy Vizio's stock today.

Why Vizio Stock Rocketed 14% This Morning