Valley National Bancorp (VLY -0.55%) recently announced it was acquiring the U.S. subsidiary of Bank Leumi Le Israel (BLMIF -5.50%), a move that will grow the New Jersey-based bank to more than $50 billion in assets. The announcement prompted an analyst at Citigroup to upgrade Valley National's stock from a sell rating to neutral, while raising his price target by more than 16% to $14 per share.

While the upgrade is nice to see, I think this acquisition is very exciting for Valley National and could translate to even more upside long-term. Here's why.

Getting into the tech and venture space

By the numbers, this deal is decent, although nothing extraordinary. Valley National plans to pay about $1.15 billion for Bank Leumi USA in a mostly stock transaction that values the subsidiary at 130% tangible book value (TBV)(what a bank would be worth if it were immediately liquidated). Valley National plans to eventually take out close to 33% of Leumi's expense base. The deal will dilute Valley National's TBV minimally, with less than a one-year earn-back period, and the deal will boost earnings by roughly 7% in 2023 once all of the cost savings are phased in.

But what's more exciting about this deal to me is that it gives Valley National a solid inroad to what can be a very profitable business in the technology and venture capital banking business. Leumi has $60 million of loans in capital call lines of credit, which are short-term loans to venture capital firms that help them execute their investments quickly. These loans typically are pretty good from a credit perspective and can grow in times when loan growth is minimal. For instance, although loan growth at most banks has stalled since the pandemic began, the select banks with capital call lines of credit have seen strong growth in that segment as the private markets exploded. 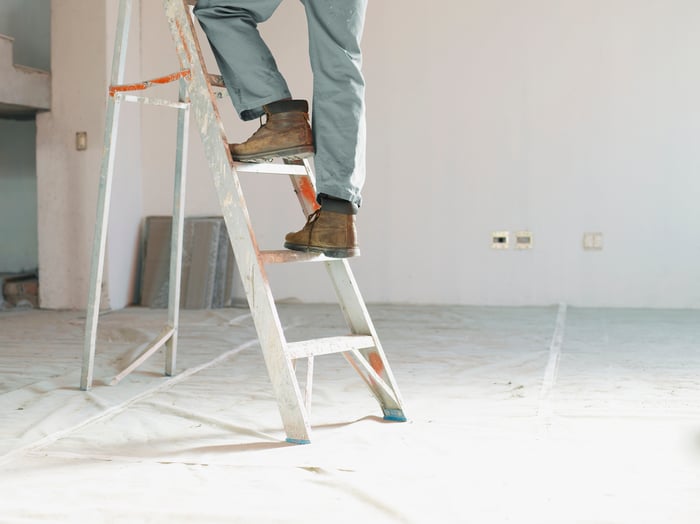 Tech and venture capital can be a very attractive banking segment because these are high-quality borrowers. Venture capital firms also have a lot of high-net-worth individual borrowers to whom the bank can cross-sell other products, such as mortgages and wealth management. The business is also a good deposit-gathering machine, as 58% of Leumi's deposits are zero-cost, non-interest-bearing deposits, which will help improve Valley National's deposit base.

Now, tech and venture banking is not the easiest segment to jump into. But Leumi gives Valley National a solid start because it will give the bank access to many start-ups coming out of Israel, which is often referred to as "Start-Up Nation." Through the first six months of 2021, Israeli start-ups raised a record $10.5 billion of capital. Valley National CEO Ira Robbins said on a conference call following the acquisition announcement that Leumi has 50% of tech market share in Israel and that Valley National will be the "U.S. bank of choice" for when companies move from Israel to the U.S. Leumi will have two directors join Valley National's board and Robbins said he also wants to build out Leumi's businesses further in some of its more like-minded markets like New York City and Florida.

For now, Leumi doesn't have a significant amount of early stage start-up clients, which may be good at the beginning because these can be risky clients for a bank. But the door could be open for Valley National to bank these clients in the future. Usually, when banks serve these clients, they are given sweeteners for taking on the risk such as warrants that pay off handsomely if a start-up ends up going public, so there is potential for this down the line.

With shares currently trading at $13.52, Valley National trades at roughly 178% to TBV, which isn't exactly cheap. But as I mentioned earlier, banks that have successfully implemented venture and tech banking, like Silicon Valley Bank and Signature Bank, have been rewarded with strong valuations. These banks are way ahead of Valley National, but the point is a niche banking segment like tech and venture can be super beneficial to valuation if executed correctly. With Valley National able to leverage the already established unit at Leumi, it should be easier for it to succeed in the segment.