Sure, it was a bad month. But some broader perspective should have you feeling better about it.

Thursday was another bad day on Wall Street, as investors tried and failed to mount a convincing advance early in the day. Fears circled around a number of issues affecting the stock market, including inflation, immense liquidity in the monetary system, the COVID-19 pandemic, and a general concern about lurking traps that might not yet even be known.

It's been a while since investors had to deal with a sizable market pullback. Yet even though the month of October has traditionally been a scary one for investors, there are ample reasons not to panic about the stock market's long-term prospects. Below, we'll take a closer look at the market's performance to try to put the losses for the day and the month in perspective. 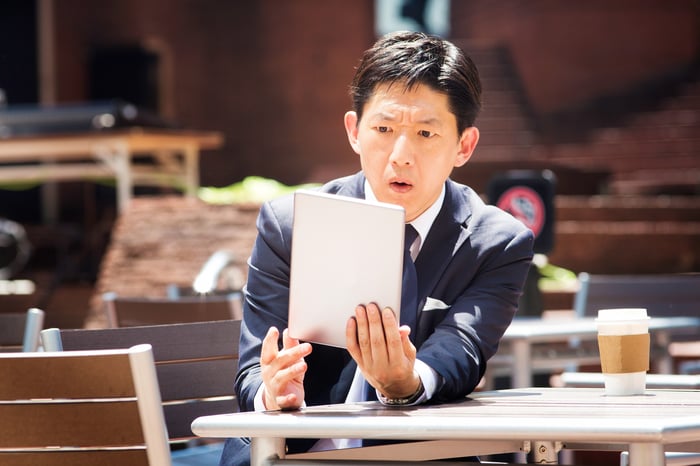 The importance of time horizon

When you're going through stock market corrections in real time, it's easy to get fixated on the short-term impacts. For instance, the following statements make compelling headlines -- and they're absolutely true:

But before you draw the wrong conclusion from those true statements, you should bear in mind that I chose them for maximum impact. If you focus on other statements that are also true, you might well come away with a completely different attitude about the market.

For example, even with all the declines that we've seen lately, major market benchmarks have only given up about two months' worth of gains. Where we ended the month of September is still above the lows that the stock market set in mid-July. The S&P 500 actually finished the third quarter up from where it closed at the end of June.

Push back the calendar a little further, and you'll see even more encouraging news. The Dow, the S&P, and the Nasdaq are all still up double-digit percentages for 2021. The S&P has climbed almost 15% -- and that's before you add in the dividend income that its constituent stocks have paid to shareholders.

And when you take a multiyear look, you'll see that even when you include the impact of the coronavirus bear market in early 2020, the returns for stock market indexes over the past seven quarters have been solid. The Dow's 19% rise over that time frame matches the long-term performance of the index, but gains of 33% for the S&P 500 and 61% for the Nasdaq are exceptional.

It's a blip in the road

Perhaps the most compelling reason not to panic about the pullback thus far is that it hasn't really caused any significant damage. Despite the headlines, major market benchmarks are only down around 5% to 6% from their all-time highs. Put another way, it's taken just about all the negative sentiment the market could muster just to get Wall Street to go through what most people consider a minor correction.

Yes, it's always possible that the declines of the market in September could prove to be just the beginning of a more extensive downward move in the months to come. But long-term investors should always be prepared for market downturns -- while remaining confident in the eventual recovery that has followed those downturns without fail.

These 2 Tech Stocks Are Dropping After Hours Thursday

What Investors Can Expect as Fed Rate Hikes Slow