These blue-chip companies provide stability in an otherwise volatile market.

In the investing world, bigger isn't always better. Some companies with relatively small market capitalizations can prove much better investments than their larger and more prominent peers. However, sometimes bigger is better.

There are only a few dozen or so "mega-cap stocks" -- businesses with valuations over $200 billion -- but among those well-established companies, some still have exciting growth prospects ahead of them. Two such mega-cap stocks that I think still have significant room to grow are Johnson & Johnson (JNJ 0.61%) and Amazon (AMZN 0.24%).

Here's why these two winners are great stocks to hold for the next decade. 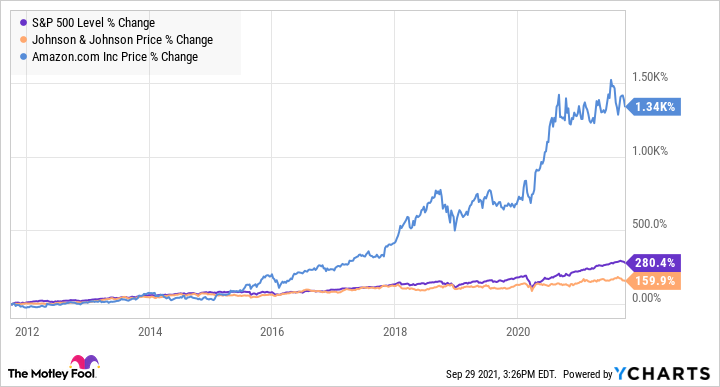 Johnson & Johnson has a market cap of $432.8 billion as of this writing, making it one of the largest healthcare companies in the world. Through its consumer health segment, it markets popular brands such as Tylenol, Benadryl, and Neutrogena.

But while its consumer health brands may be more widely known, it's the pharmaceutical segment that contributes the largest share of its revenue. In the second quarter, revenue from this unit increased by 17.2% year over year to $12.6 billion, providing roughly 54% of the company's top line. Some of the company's fastest-growing drugs include cancer medicines Imbruvica and Darzalex, and immunosuppressants Stelara and Tremfya. All of them posted strong year-over-year increases during the second quarter.

To be fair, the company's sales took a hit in the second quarter of 2020 as people stayed home in the early months of the COVID-19 pandemic. With consumer behaviors slowly getting back to normal in 2021, business is picking up again for the drugmaker, but the unusual situation makes year-over-year comparisons less meaningful than normal.

Still, all four of these drugs, among others, feature squarely within Johnson & Johnson's growth strategy. And the company's pharmaceutical unit routinely earns new approvals. It notched five regulatory wins during the second quarter alone.

Further, Johnson & Johnson's late-stage pipeline boasts more than four dozen programs. Investors can expect the company to regularly bring new drugs to market and earn label expansions for already-approved ones. This should compensate for the declining revenues from those of its drugs that have lost (or will lose) patent protection. 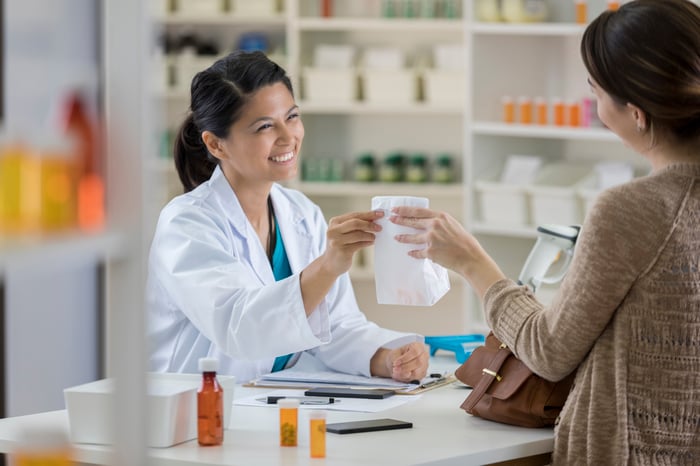 Despite its many strengths, it is worth mentioning Johnson & Johnson's legal challenges. The company is facing thousands of lawsuits alleging that some of its offerings, such as its talc products, have caused serious health issues including cancer. It was also part of a government crackdown on various healthcare companies that have sold and distributed opioids. Lawmakers claimed that Johnson & Johnson (and others) contributed to the deadly nationwide opioid crisis.

This issue is worth monitoring, but the impact on Johnson & Johnson's financial performance will likely be minimal. According to management, while the resolution of one or more lawsuits may have a material impact on the company's financial results during a specific reporting period, in the long run, they will not significantly impact the company's financial situation. This assessment has proved very accurate thus far.

Putting all of this together, Johnson & Johnson's strong pharmaceutical business, coupled with its medical devices and consumer health segments that add diversification, make the company a solid pick. The healthcare giant has historically beat the market, and despite its underperformance in the past 10 years -- and its legal troubles -- it remains an excellent stock to park in your portfolio for a decade, or much longer.

Amazon currently boasts a market cap of $1.74 trillion, making it part of a very exclusive trllion-dollar market cap club. The tech giant did benefit from pandemic trends that drove record numbers of transactions toward e-commerce channels. In the past year, shares of the company have easily outpaced the broader market.

But Amazon had been shattering average stock market returns long before COVID-19, and it will keep doing so moving forward as online shopping continues to gain traction. Amazon's e-commerce platform benefits from at least three competitive edges. First, there is name recognition. As of June 2021, Amazon was the sixth-most-visited website in the world, according to Statista. No e-commerce focused website came in above Amazon on this list. 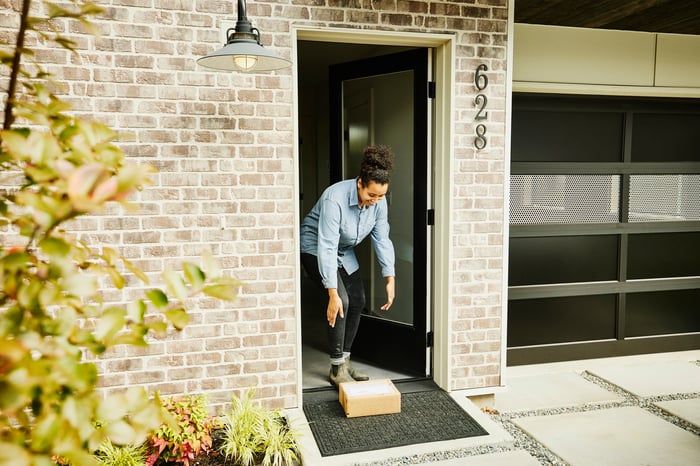 Second, the company benefits from the network effect. The rich library of products it offers attracts customers, which, in turn, attracts more merchants, and so on. Third, Amazon offers comparatively low prices. According to a study published in November by the e-commerce analytics company Profitero, Amazon is the most competitively priced online retailer.

E-commerce sales accounted for just 12.5% of total U.S. sales in the second quarter. There remains a long runway for growth in this industry, and hardly any company is in a better position than Amazon to profit from it. And that's before we talk about the tech giant's cloud computing business, an industry with even juicier margins in which it also happens to be the leader.

Amazon's entire suite of services, including its cloud computing and digital ads units, is the reason why the recent slowdown in its e-commerce business wasn't worth stressing over. It is also why the tech company is more than likely to double your money in the next 10 years.