The company looks very similar to Starbucks in its early years. But is it a buy?

Americans love coffee and sugary drinks. We all know how big Starbucks (SBUX -0.21%) has become in the last few decades, with about 15,000 stores just in the United States. That shows how popular mixed coffee drinks have gotten in this country.

A lesser-known brand going after a similar market, but with a twist, is Dutch Bros (BROS 0.34%). The coffee/drink brand just went public through an initial public offering this September and is trying to grow rapidly, as Starbucks has across the United States.

Is Dutch Bros the next Starbucks? Let's find out. 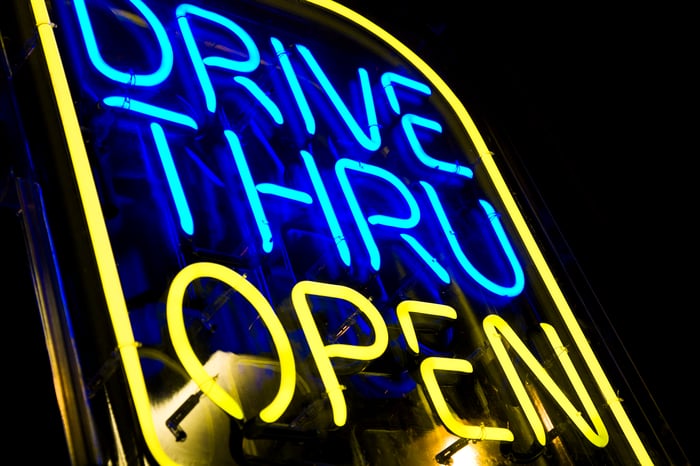 What is Dutch Bros?

Dutch Bros was started in 1992 by two brothers, Travis and Dane Boersma, with a pushcart espresso stand in Grants Pass, Oregon. Dane passed away in 2009, but Travis still runs the company as the CEO. Since 1992, Dutch Bros has expanded its operations and now has 471 drive-thru stores in the western United States.

The company still sells espresso and mixed coffee beverages but has expanded into other cold beverages, the most popular being the Dutch Bros Blue Rebel energy drink. In fact, these types of drinks are so popular now that 82% of Dutch Bros beverages are served cold. To differentiate itself, Dutch Bros focuses on superior customer service, high-quality unique beverages (you can't get a Blue Rebel anywhere else), and speed at its drive-thrus to create a loyal customer base. It is very similar to Chick-fil-A in that regard.

From 2011 to 2017, the Dutch Bros store count went from 172 to 292, which was steady but not crazy growth. However, over the past few years, the company accelerated its growth strategy, doubling its shop count from 2018-2020. All indications from the S-1 (the comprehensive Securities and Exchange Commission filing required before going public) are that this will continue over the next decade. With small footprints and the ability to have multiple locations even in smaller towns, Dutch Bros thinks it can eventually have 4,000 stores in the United States. It isn't a guarantee that the brand will do well in other parts of the country (Starbucks famously struggles in New England), but there is clearly a big opportunity to grow store count in the coming years.

Another big shift Dutch Bros has gone through is transitioning from franchises to company-owned locations. Currently, it has 264 franchise locations and 207 company-owned shops, but in the S-1, management stated that company-owned stores will be its focus in the future. Why? Because they have better unit economics than franchises. Company-operated stores have 29% contribution margins on average, which is revenue minus supply, labor, and opening costs. With small storefronts (the average drive-thru is under 1,000 square feet) and high customer traffic, Dutch Bros locations have superb profit margins.

While there's a lot to like about Dutch Bros, two things concern me with this stock: valuation and governance.

The stock currently has a market cap of $7.5 billion, which values each Dutch Bros location at $16 million. With an average unit volume (the amount of revenue each location brings in each year) of $1.7 million, the stock looks expensive relative to how much revenue and profits Dutch Bros should get out of its current stores.

To put this in perspective, let's say that the company eventually hits its 4,000-store goal and that it keeps its average unit volume of $1.7 million and average contribution margin of 29%. At that scale, the total company contribution profit would only be $2 billion, and it is likely that cash flow and net profit would be significantly lower than that. At a market cap of $7.5 billion, investors are paying up for a ton of growth for Dutch Bros stock right now, which should keep even the most optimistic investors away.

But adding to that, it looks like Dutch Bros has multiple governance issues that should be red flags for investors. First, the company has an overly complicated ownership structure with four classes of stock, which can confuse and mislead investors who don't spend the time to figure out what they are actually buying with this security. With this reorganization, the company is using its IPO proceeds to repurchase stock from existing shareholders, negating a lot of the money it supposedly raised through the IPO. After that and paying back existing credit facilities, Dutch Bros will only have an estimated $30 million in additional cash even though the company sold 24.2 million shares of stock at $23 a share.

Under the company's risk factors, it stated it had a material weakness with its accounting, which means that investors shouldn't have confidence in the accuracy of some of its historical financial statements. It also stated that the company currently has a limited number of employees with knowledge of GAAP accounting. Lastly, three of the founder's family members are executives at Dutch Bros, including a nephew who is the chief culture officer.

Given the extremely high valuation and multiple governance issues, Dutch Bros, unfortunately, does not look like it is poised to perform like Starbucks stock, and it is probably smart for investors to stay away right now.