With Semler moving to the Nasdaq, the company's strong business model will be more visible to investors.

When investors talk about software changing the world, few would immediately point to Semler Scientific (SMLR 5.09%) as an example. I think that's only because the company is flying under the radar. Among other efforts, Semler is using software to improve testing for peripheral artery disease -- or PAD -- which is underdiagnosed, inefficiently treated, and expensive to test for.

Semler recently uplisted from the OTC market to the Nasdaq, meaning that one major risk in investing in the business -- its liquidity -- was just mitigated. Here's why I think investors should look into Semler before it gets broad market attention. 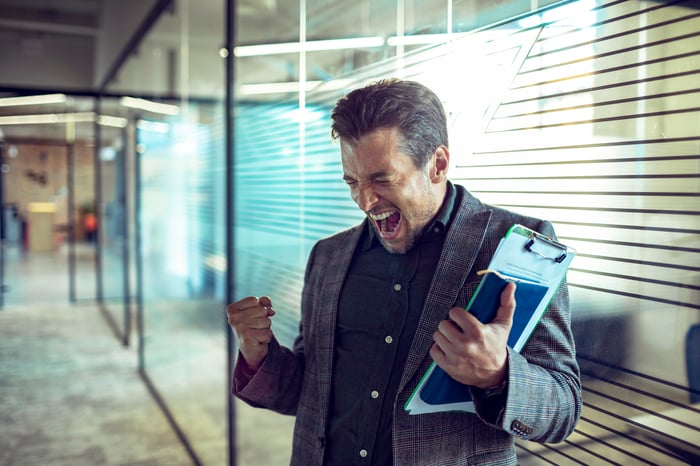 PAD is a significantly underdiagnosed disease where arteries to extremities are blocked, reducing blood flow to places like the feet and hands. The company believes that there are more than 80 million people in the U.S. who should be tested for PAD every year, but only 2 million actually are.

This is likely because 75% of patients suffering from PAD are asymptomatic, even though nearly 50% of people over 85 have undiagnosed PAD, and it can be very difficult to be approved for a test that's conducted by a doctor.

Semler's solution is QuantaFlo, which is a small piece of hardware placed on a patient's fingers and feet, through which data is collected. The data is then analyzed three times faster than the competition, and a report is readied that gives test results with as much accuracy as its competition -- the Ankle-Brachial Index or ABI.

The key to Semler's business is its focus on software, which is recurring revenue either in the form of a subscription or a pay-per-test model, both of which have high margins. The disposable hardware for the test is almost negligible for revenue: Semler had a gross margin of 93% in the most recent quarter.

Its revenue for the first six months of 2021 was $27.5 million, which grew 74% from the same period in 2020. Unlike other small, fast-growing companies, Semler is extremely profitable. Its net income margin was 47% in the most recent quarter, compared to just 17% during the same period in 2020. Operating income for the company in the first six months of 2021 was $12.5 million, surpassing the company's full-year 2019 operating income of $10.7 million.

What does this uplist mean?

While nothing material to the business or its strong recent performance is changing with the uplisting, the company will likely get a lot more attention from analysts and investors with the upgrade. Not only will Semler have to be bought and added to any ETF or fund tracking the Nasdaq, but it could also get analyst coverage, something that is sparse in the OTC market.

With potential analyst coverage also comes broader exposure for the company from regular investors. Investors might not be combing the OTC markets looking for innovators, but screening through the Nasdaq is much more likely. Due to the greater exposure, the company's daily volume will likely increase, leading to higher liquidity. When big ownership stakes partially sold when the company traded over the counter, the share price swung drastically, but on the Nasdaq, the company's volatility in share price could be mitigated.

While this uplist does validate Semler's product to an extent, the company still has a lot to prove. With just $50 million in trailing-12-month sales, the company has barely penetrated its target market. Its competition -- the ABI -- has controlled this market for decades, and convincing doctors to switch is no easy task.

Semler trades at about 17 times trailing-12-month sales and 40 times trailing-12-month net income. At such a high price, investors need to keep in mind that the market expects this company to execute well. Semler has a few tricks up its sleeve for future growth in the form of investments in two new product areas -- indicating the potential for optionality for the company. While the company does not disclose these product areas, the company believes these products will continue expanding its customer base.

With this potential to expand into new markets, along with QuantaFlo, Semler could continue its strong financial performance and growth. Investors should monitor revenue growth -- which indicates customer adoption -- and ensure that its margin profile can be maintained during expansion. If it can do this as it gains broader market attention, the company could become more known among investors, and shareholders will benefit.

Why Semler Scientific Plunged 37% This Morning

Is Semler Scientific Stock Still a Buy After Its Earnings Miss?

Why 2021 Could Be a Breakout Year for Semler Scientific
370%