There's plenty to like with this big pharma stock -- but a few problem spots, too.

Many investors are leery of stocks that have really high dividend yields. Oftentimes, those yields are high because the stocks have plunged. Concerns that the dividend might be in jeopardy or that the stock's downtrend will continue might be warranted.

However, you don't have to worry about every stock with an especially juicy yield. Here's a high-yield dividend stock that Wall Street thinks could jump 26% within the next 12 months. 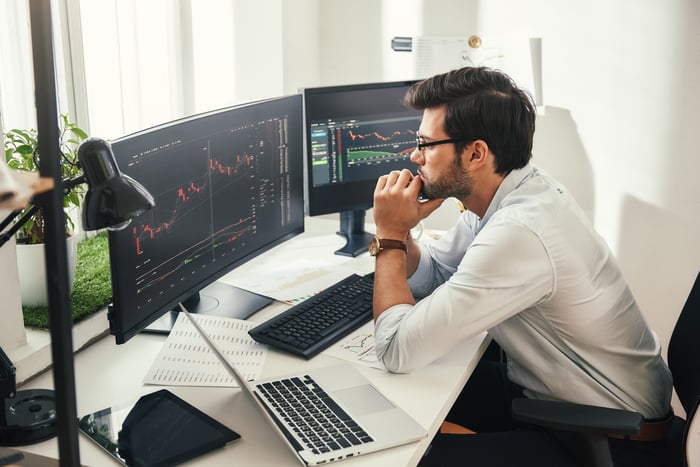 GlaxoSmithKline (GSK 8.08%) currently offers a dividend yield of nearly 5.8%. An attractive yield isn't unusual for the big pharma stock. Glaxo's dividend yield hasn't fallen below 4% at any point over the last decade.

Sure, the drugmaker hasn't been a huge winner for investors based on stock performance so far this year. Its shares are up only 4%, lagging well behind the S&P 500 index. However, up a little is certainly better than down a lot.

Wall Street expects GlaxoSmithKline will deliver big gains in the not-too-distant future. The consensus price target for the stock reflects a premium of 26% to the current share price.

Even the most pessimistic of the four analysts surveyed by Refinitiv who cover GlaxoSmithKline projects an upside potential of close to 5%. The most optimistic analyst thinks the stock could soar nearly 40% higher.

The big pharmaceutical company also has a couple of big winners in the respiratory therapeutic category. Sales for Nucala jumped 32% in Q2, while sales for Trelegy Ellipta vaulted 64% higher.

Meanwhile, lupus drug Benlysta continues to generate strong sales growth, up 34% year over year in the second quarter. Glaxo doesn't have a blockbuster success in oncology yet, but Zejula is gaining solid momentum.

Speaking of vaccines, GlaxoSmithKline's adjuvant is being used in multiple COVID-19 vaccine candidates in late-stage testing. The company has teamed up with Sanofi, SK bioscience, and Medicago to develop COVID-19 vaccines.

In addition to these vaccine candidates, Glaxo's pipeline features more than 20 other programs in phase 3 clinical studies. Several target new indications or age groups for already approved products such as Bexsero and Zejula. But the company also has new late-stage candidates, including experimental rheumatoid arthritis drug otilimab and respiratory syncytial virus vaccine GSK3844766A.

Don't think that GlaxoSmithKline's future growth is a slam dunk, though. The company faces a few major challenges.

The spin-off will still leave GlaxoSmithKline with several older drugs for which sales are declining. In particular, respiratory drug Seretide/Advair and Avodart, which treats enlarged prostates, are losing steam.

This pressure isn't surprising considering that GlaxoSmithKline has badly underperformed the S&P 500 since Walmsley took over as CEO in April 2017. A change at the top might even serve as a positive catalyst for the stock.

Investors hoping to lock in a tremendous dividend yield should keep all of these challenges in mind. GlaxoSmithKline could look much different over the next few years.