Please ensure Javascript is enabled for purposes of website accessibility
Log In Help Join The Motley Fool
Free Article Join Over 1 Million Premium Members And Get More In-Depth Stock Guidance and Research
By Parkev Tatevosian, CFA – Oct 4, 2021 at 8:46AM

The acquisition is estimated to add meaningfully to Penn National's profits in the long term.

When Penn National Gaming (PENN 1.19%) announced the acquisition of theScore on Aug. 5, it was pretty clear what that company was hoping to accomplish with the $23 billion purchase. The acquisition, paid for with an even split of split cash and stock, will boost Penn's efforts in the mobile sportsbook and iGaming market. 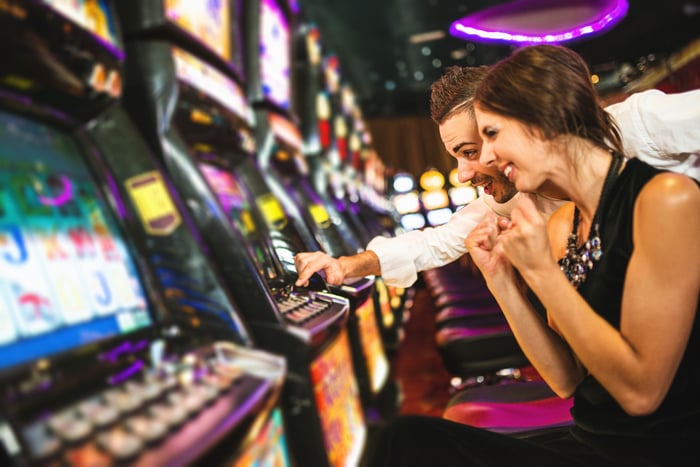 theScore has developed a state-of-the-art player account management system and is finalizing the development of an in-house managed risk and trading service platform. This should lead to significant savings in third party platform costs and allow us to broaden our product offerings -- providing the missing piece for operating at what we expect to be industry leading margins.

In addition to the synergies, Snowden pointed out that Penn National will be gaining access to theScore's deep pool of product and engineering talent. It will also be able to use its data-driven user analytics. That should help drive Penn National's customer acquisition, engagement, retention strategies, and cash flows.

theScore could add meaningfully to profits

Penn National Gaming anticipates the acquisition will add to its adjusted earnings before interest taxes, depreciation, and amortization after its second year as part of Penn. Those EBITDA benefits are expected to increase to $200 million per year in the medium term and $500 million in the longer term. To put those figures into context, Penn reported an adjusted EBITDA of $800 million in the first six months of fiscal 2021.

If it works out as estimated, the acquisition could provide meaningful upside to Penn's EBITDA in the long term.

The market seems less enthusiastic about the acquisition than Penn's CEO. The stock price is up roughly 8.8% since the announcement on Aug 5, but still well off 52-week highs hit back in mid-March. Still, other factors could keep the stock price grounded, such as investor concern about how the rise in coronavirus infections caused by the delta variant affected Penn's regional casino business. Although not growing as quickly as its interactive gaming, land-based casinos are a more significant part of its business.

It remains to be seen how the acquisition will be viewed in the longer run, but on the surface, it looks like acquiring theScore is good news for Penn National Gaming.

Why Casino Stocks Jumped This Week
351%