Shares of the low-code software maker pulled back on a broader tech sell-off.

Shares of Appian (APPN -1.39%) were sinking today in response to a broader sell-off in growth stocks amid an ongoing rotation out of high-priced tech stocks like Appian as investors anticipate rising interest rates and inflation and prepare for a more normal economic environment. Appian also held its first-ever Investor Day conference today, but there didn't appear enough news from that to give investors a reason to buy the stock on a down day. 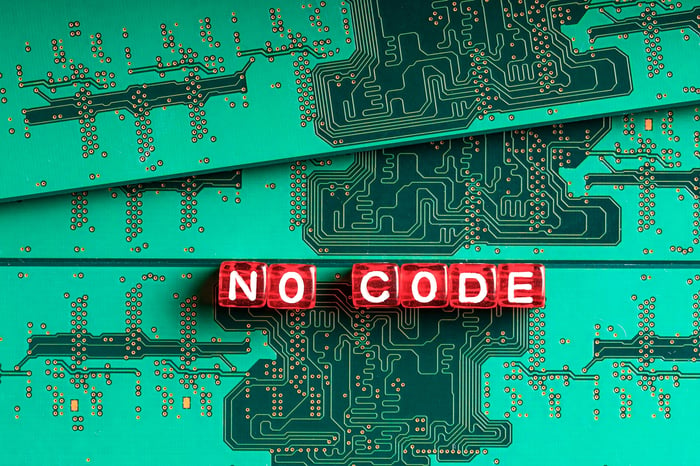 The 10-year Treasury yield was up just 1% in afternoon trading after a spike earlier in the morning, but stocks were down broadly with the Nasdaq Composite off 2.4%. There were some signs of rising tensions with China as a U.S. trade representative said the U.S. government would seek to stop Chinese subsidies in industries like semiconductors, and fears of rising inflation are pushing investors out of growth stocks.

As for Appian's Investor Day, the cloud-based low-code specialist took the opportunity to assert itself as the leader in low-code/no-code software and explain why the opportunity was so appealing. However, the event did not include a favorable update in guidance or any big news drop that would cause the stock to rally.

Some investors may have been disappointed by that as one analyst who is bullish on the stock posted on Twitter.

For those who want a little insight into $APPN analyst day but are too busy with real work...we are here for you :)  The CEO called us all together for the company's first ever investor day in order to tell us...nothing! he had nothing new to say or add.

While Appian shares remain high-priced, management likely held the conference because it believes its leadership position in low-code software is not fully understood or appreciated by the market. Additionally, the company recently acquired Lana Labs, a process mining company, making its customer offering even more comprehensive, going from process mining to low-code-based workflows to automation, saving companies time and money.

Investors will have to wait for the third-quarter report due in November to get a more detailed update on the company's performance, however, and shares are likely to remain volatile.

Appian Just Took Another Step to a $2 Billion Award
351%